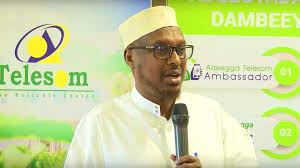 Renown cleric Sheikh Mustafa Haji Ismael Haruun has said that journalists have forgotten importance of good ettiquette and governance. He affirmed that it was prudent for reporters not to broadcast every incident that happens whenever it occurred without substantiations. He added some instances touch on national security hence need to be traded carefully.

The cleric stated this while speaking to a congregation in South Africa. He reiterated that journalists have forgotten the importance of impartiallity in their work.

He went on to say “Prophet of Allah Muhamad PBUH stated that it is important for people not to believe whatever they hear before making sure it is the truth and nothing but the truth or else they will be avowed liars.”

The famous Sheikh urged the people working in the media industry to be vigilant not to report whatever they see and hear for the sake of it without corroborative facts.

“The media should work to bring people together instead of sowing discord, because they will be questioned in the hereafter”, he warned.

The cleric warned journalists who like to write and report about dirty linen of people to desist from this bad behaviour.