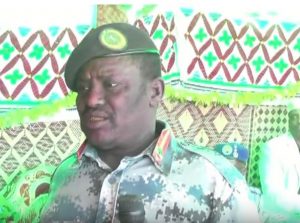 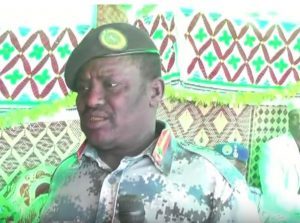 ERIGAVO– Col. Caare, a renegade commander of the defense forces stationed in Sanaag has refuted rumors that he will join Puntland, the number one rival of Somaliland. Col. Caare said that he does not intend that his soldiers will join and will be adsorbed by Puntland armed forces. He clearly stated that Puntland provided him and his soldiers with a military base. The Colonel firmly asserted that he defected from Somaliland in order to wage war against the republic and emancipate his region from SL control. He further added that every one is to consult with his region and that the firing bullets will start inside. He took an instance for the deceased former Ethiopian PM, Meles by saying that he launched his guerrilla fight against Mengistu from Mogadishu after Said Bare offered him a base. He also said that the Somali National Movement  (SNM) kicked off its revolt against Said Bare regime from Ethiopia. Col. Caare said that he was granted the base and militia soldiers are pouring as he promised to speak to the media about his revolt against Somaliland.