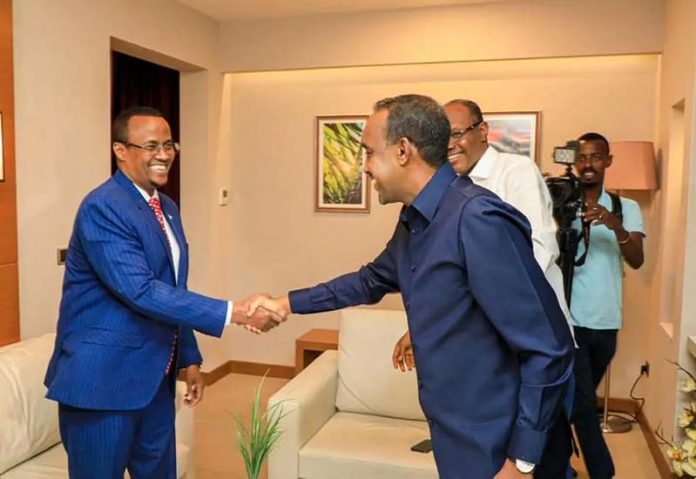 In a letter seen by media, Gudlawe accused chairman of the region’s election team Ahmed Hassan Dini of obstructing efforts to quickly fill remaining parliament seats and of taking stances deviating the process from procedures agreed between the federal government and regional leaders.

Speaking to reporters, Dini denied allegations against him and rejected the move to sack him and strip him of his membership in the region’s electoral implementation team. He said he was still serving his post and alleged that Gudlawe was meddling in ongoing parliament votes.

In a statement, Somali Prime Minister Mohamed Hussein Roble welcomed the selection of Mohamed Hussein Mohamed as the new head of Hirshabelle election team and said he was closely “watching” efforts to conclude the remaining votes.

Roble said he had held phone talks with Hirshabelle leader and had asked him that authorities allow remaining seats to be contested fairly.