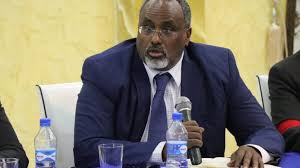 There are quite a lot of historical incidents that justify and can be of reference to the internal driving forces of a federal system in Somalia. The Puntland State and predominantly Daarood tribe of Somalia hugely advocated for a federal model after the civil war and quite lately as former Federal Minister of Interior Abdi Farah Juxa triggered that a con-federal system might be another possible model of which Puntland state might propose to the whole country.

In his memoir, Ambassador Ahmed M. Aden whom known as Qaybe recalls that he once conversed with the former prime minister of Somalia turned secessionist Mohamed H. I. Igal the possibility of a federal engagement for Somalia and Somaliland to unite again and build a government together. In remembrance of his proposal of regional autonomy/federalism, Abdulkadir Zoobe elaborates in an interview that long ago before the independence, the people of Bay & Bakool with their Party advocated for a federal zone partly for their regions but due to their minor political power and euphoria of the independence struggle neglected and never considered. The predominant people of Hiiraan hesitated and to their edge lastly proposed the division of the region into 2 to certify into an inexistent article on the legitimacy to form a state in a constitution which is partially provincial, nonexistent, and impractical to the socio-political sphere of the country.

The Hiiraan region not only suffered in the federal system of Somalia but extremely also after adopting the Hir-Shabelle due to the lack of political leadership whose mandate is to represent and deliver to its people. Although it is impossible the tenure of 3 years to tackle floods, secure the state, and start economic development and infrastructure but again President Waare failed time and again to show integrity, leadership, and servitude. The constant dismissal of the governor of Hiiraan is beyond comprehension as less than the 4 years reign of this administration, the region is governed more than 7 governors unknown to the reasons for their dismissal but suddenly again the very same governor removed less than a year is re-instated by none other than the very person who ousted him.

The non-legal and recurrent motions in the last four years kicked the first president Ali Osoble as late last month perhaps the last motion of confidence came and calmed after the intervention of the Villa Somalia. The remaining time for the administration is less than 6 months and in this piece, I am proposing an alternate as a person who hails the zone to provide analysis, alternates, and recommendations for the trajectory of the Hir-Shabelle state of Somalia in the next 4 years and beyond.

A background: Contemporary Federalization of Somalia

The Somali Politicians agreed long ago to install a federal system of governance in Somalia without the consent, engagement of the public via referendum vote, or any other means. The driving forces being internal or external but ultimately the system is in placed and functional in some areas such as Puntland and Somaliland a secessionist but supposing it as an entity of federal it is far better than the remaining Somalia in terms of service delivery, good governance, and democratization.

The mandate of the federal government of Somalia under the leadership of Hassan Sheikh Mohamud played a pivotal role in completing the federation of Somalia. The federalization process of Somalia during 2013-2016 was the worst of the model to produce inept and incompetent state presidents to lead a nation recovering from conflicts, poverty, piracy and terrorism coupled with geopolitical changes.

The Hassan Sheikh leadership started the state formation of Jubaland State which was not less than war and incited an outrage within the leadership of the time president. Similarly, South-West State led by a corrupt, vile & conman, a former Speaker, Sharif Hassan had smoothly administered South-West State with boot, penny, and political manipulations for 3 long years. Gal-Mudug State was a total failure after installing there Abdelkarim Guled, a former interior and Security minister which after less than 2 years resigned the post led into a mayhem and series of down wholes of calamities, and crises.

The worst-case scenario was Hir-Shabelle State formation which we are focusing in this article where its initiation sparked an outcry and scandalous and critical moments of injustices, prejudices, and mis-management by an inexperienced, less-educated interior minister. Abdurrahman Odawa, who hasn’t held a public office before, was rewarded to the interior ministry portfolio due to his membership of the Damul-Jadiid sect for the benefit of a partisanship and gerrymandering the 2016 election. He and his goons including Yahye Ali deceived a destitute and despicable process to install Ali Osoble, a former minister and failed politician to lead the new-born state and in turn secure their favor MPs for the federal election to be on their turn.

Ugaas Hassan who was outspoken, heroic, and forthright traditional leader clearly expressed the immense need of basic reconciliation to be given good time and then formally organize a pact to form the state of Hir-Shabelle who is owned by the people and fully functional in delivering critical service to the Somali people in that state. The trajectory of funding a Mogadishu owned state in the periphery is total madness and defective. The Hassan Sheikh regime failed and the current government is doomed to fail again.

The production of regional autonomies/federal state whose sole aim is to obey the Mogadishu based government and enrich them at the expense of the larger population will only and always produce a deadlock and zero-sum game scenario. The overall political turmoil in the federal states and recurrent motions to oust the presidents with a final intervention of the federal government shows the lack of immaturity, moral compass and intellectual integrity in the Political elite of the Somali people. An installed leader into region unknown to him can’t represent and cannot be accountable to either of any.

If anything is to succeed in Somalia, it has to be based on a consensus, co-governance and co-ownership either in the federal or state politics, this can finally bring out with a solution to ending the prolonged distrust, rivalry and clan bickering to the satisfaction of all sides within Somalia. In focusing particularly the case of Hir-Shabelle state which its formation was a mess leading into great catastrophes due to the ineffective leadership to counter terror, floods and to build-up resilient, responsive administration,  accountable to its people.

I am foremost proposing here in this article the establishment of  political reconciliation as early as possible before anything and second to that to get the current record right and set the essence of power-sharing straight which is currently nonsense and unacceptable. The current representation is merely based on convincing certain groups and for the benefit of the then policy-makers.  The number of MPs in that poverty-ridden and the newly emerging state is 98+ which is not possible financially to be salaried plus Ministers and remaining administration. In that respect state-craft takes immense time, sacrifice and effort as there is a crucial need to re-visit, amend, and reform the current state build-up which is embryonic without short-cut and urgency.

Chart. A Categorized MP Distribution on the Basis of Tribal Grouping

The below chart illustrates the formation of the new members of the Hir-Shabelle parliament to be categorized via tribal, and regional dominance and in that respect be shared the representation without leaving anyone behind. The category A. clans are predominantly present in both regions as Category B. clans are exclusively in either 1 region or the other, finally, the category C. clans are certified to be less populous in number as their presence and political representation are quite meager than the above twofold.

The MPs can be scattered into that Categorized grouping as the chart shows with deeper consultation, logical debate, and consensus. The upcoming MPs of the state have to be less in quantity and more in quality. Bear in the mind that one cannot divorce tribe from politics in the Somali context is similar to other parts of the world. The below proposition is to be openly discussed for the intellectuals to partake, propose, and revoke. Each category has will have a higher in the number of their representation of the state parliament which can be open to debate. The number of clans in group A will have a higher number of representations than group B not as a single clan necessarily but as a group and likewise to the remains.

The representatives of the state in the lower and upper house of the Somalia federal house of the people is totaling 49 in number. That gives us a clear picture of how suitable it can be to derive it and apply it into the state-level Member of the parliaments. It is logical in terms of power-sharing, economical, and modern in the sense of state-craft. The effectiveness of the MPs is crucial to establish a state of the art zone of administration as it demands the ingenuity, input and intellectual wealth to be installed in the formation of the new HIR-SHABELLE. In the below chart the number of representative in the federal houses of the Somali parliament is derived and similarly turned into state MPs. For the time being this can be an exact replicate to the representation of both the Federal and State level. There are threshold reasons for this model and the very first reason is it reduces the political crises of new power-sharing; secondly it is economical for an emerging state to compensate that number and lastly that number can be maintained in terms of quickly producing regulations, passing them, representations and more.

Chart C: District Representation of the State Member of the Parliamentarians

Scattering MPs into the districts of the regions can be a model for the future 1 person 1 vote but in the mean time it can be co-opted for the MPs to be in placed into a certain areas to represent and advocate for the benefit of the people in that districts of the state. Most of the above districts aren’t represented in the federal and state level as that shows the degree of negligence into these once bread baskets of the entire economy of the region and to the larger production of Somalia. This representation in the chart is not meant to cover the federal level but on the state level.

The idea of regionalization in Somalia is itself unimaginable and complex to sink in and live with it but it needs a critical conception and constantly upgrading it as the American usually call it “Perfecting the Federation” and it has to be timely re-visited, debated upon and discussed openly for the public to engage it and have a say over it because ultimately it is for the benefit of the public to decide on a referendum whether to endorse a federal governance system or Unitary. Finally for the Hir-Shabelle state to come renewed, revived and reformed, it has to fulfill the following recommendations:

Ahmed holds MBA and commentates on Somali developments of Politics, Economic and Foreign Policy. He can be reached at amrooble20@outlook.com.