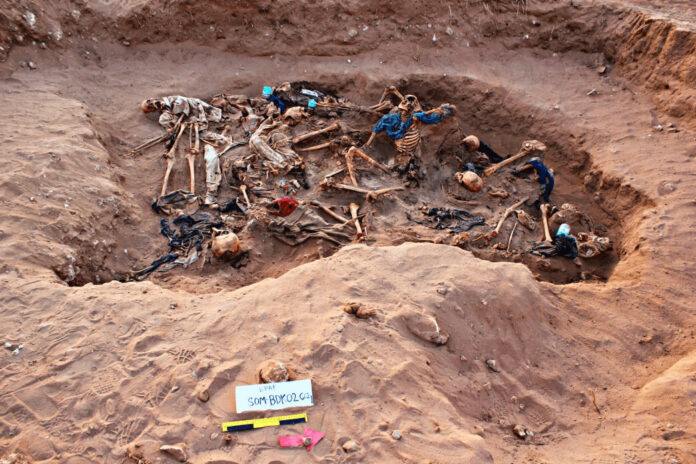 Immediately after independence from U.K in 1960, Somaliland people spearheaded for unification with Somalia which achieved independence in the same year from Italy to create a powerfull Somaliwein state from the FIVE in the Horn of Africa. Unfortunately, the delight and enthusiasm of Somaliland people for “Greater Somalia” in 1960 brought denial of power-sharing, injustice, persecution, colony-like-occupation, plunder and looting of property, destructions, genocide and displacement upon them.

Many Somalilanders of all ages who were waving flowers or holding traditional dances with joy along the streets welcoming the disastrous union of 1960 and the genocidal coup by Dictator General Siyaad Barre of 1969 were either gunned down, slaughtered, summarily executed and their major cities brought down with military machine between 1984-1989. The existence of people and land were both threatened purposefully.

The famous Internet page known as WIKIPEDIA wrote long report about the genocide and destruction in Somaliland with reliable resources from the Human Rights Organisations and from the local people who witnessed the crimes of genocide and destruction. (https://en.m.wikipedia.org/wiki/Isaaq_genocide). The Wikipedia named the exclusive page: [ISAAQ GENOCIDE OR HARGEISA HOLOCAUST]. The page reports that about 50,000-200,000 persons perished in the genocide, 500,000 persons fled to Ethiopia and 400, 000 were internally displaced in the country. Hargeisa was destroyed by 90% while Burao was destroyed by 70%. The page says that based on the totality of evidence collected in Somaliland, the crime of genocide was conceived, planned and perpetrated by the Somali Government against the Isaaq people of Northern Somalia between 1987 and 1989.

SOME VIDEOS OF GENOCIDE AND DESTRUCTION

After devastating eight-year-long civil war, Somaliland people defeated the invaders from Somalia and reclaimed their independence of June 26, 1960 on May 18, 1991. During the civil war, General Siyad Barre’s Regime armed Somaliland tribes against one another to save his brutal dictatorship. So, Somaliland tribes had successful inter-clan amnesty in 1991 following Islamic Laws. Never again another union with Somalia leading to another genocide and destruction.