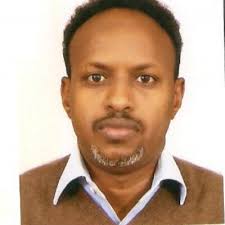 HARGEISA, Somaliland — Accessing populations is a major challenge for the humanitarian sector in parts of Somalia. Widespread insecurity threatens the safety of aid workers, and can limit the ability to show accountability for funding.

But some are asking whether humanitarians — and the donors funding them — have become too risk-averse, leaving huge swaths of the population unable to access aid, and encouraging movement to internal displacement camps where people can remain for long periods of time.

“Anybody working in these contexts needs to accept the reality that you can’t be 100% risk-averse.”

For example, a widespread scale-up of humanitarian aid in 2017 was credited with averting famine in the country, but was largely limited to government-controlled and often urban areas because of “risks related to accountability for funds,” according to an analysis commissioned by the Somalia Inter-Agency Cash Working Group.

Oversight of aid distributed in hard-to-reach areas can be challenging. Some thought “the humanitarian community could have tried harder but were too risk-averse,” the analysis stated.

Devex sat down with Abdi-Rashid Haji, country director for Concern Worldwide, to discuss the challenge of managing risk in Somalia. He suggested working with local NGOs, which have better access to areas across the country and recommended honest conversations with donors about expectations.

Has the humanitarian sector been too risk-averse in Somalia?

That’s been the case. Agencies are trying to stay away from risks that might affect their funding and relationships with donors. In south-central Somalia there are many risks and you cannot avoid all of them.

Some risks are manageable, and some risks are not 100% manageable. But there needs to be a willingness to engage with the situations and identify exactly what those risks are. Then, the sector needs to come up with measures that can assist with those risks.

What has been happening over the last five to six years is agencies have become too risk-averse. This then compromises our ability to work and support people who are affected by humanitarian crises. It might be that some agencies decide not to go into a specific area, [for example].

There is also the pattern of spending too much time trying to ensure that everything is 100% secure. That can delay the delivery of humanitarian assistance. I think anybody working in these contexts needs to accept the reality that you can’t be 100% risk-averse.

It’s a difficult scenario, though, for the humanitarian sector — moving forward on programming despite the risks?

It’s about accepting the new reality in Somalia. It’s not a stable country … If you are not accepting that reality, go somewhere else. Also, be genuine in terms of what you can do and what you can’t.

One example is the selection process for beneficiaries. You can use community structures, not only NGOs or U.N. agency staff. There are trusted people in the community, like women self-help groups, education committees and teachers, respected village elders, Islamic scholars, farmers associations, among others. You work with them to identify families that are very vulnerable.

When it comes to donors, it’s about continuously educating them on the situation and also being open and transparent on how to improve accountability.

The other risk that agencies would [point to] is the risk of working with local NGOs. There is this perception that if you work with local NGOs there is a possibility that things will head in a negative direction and there will be diversions [of aid resources] happening, which is not the case.

“The way that local NGOs are being used at the moment is as a subcontractor. They are given small tasks but not given capacity to manage situations or to manage security.”

But because of the limited capacity [local NGOs] have, things go wrong. There needs to be investment in capacity building. Give them the sort of support they need to improve their systems. They then will be able to go into areas where international NGOs and U.N. agencies cannot go.

They need to be given space to make mistakes. If a local NGO makes a simple mistake when it comes to audits … they get kicked out or black-listed from future participation in programs. They could get blacklisted for something that happened maybe 10 years ago. That doesn’t happen for international NGOs.

What can be done to ensure local NGO workers are also safe when they are providing aid in insecure areas?

It’s about accepting them as a genuine partner in delivering humanitarian assistance. I think the way that local NGOs are being used at the moment is as a subcontractor. They are given small tasks but not given capacity to manage situations or to manage security. They are not given time because most of their programs are three months, six months. They don’t have time to correct mistakes and learn from their experiences.

What’s the impact of this risk-averse behavior on the humanitarian response?

I think the impact is it delays services and prevents support to many people in areas that are not seen as secure, or that NGOs have no access to. It pushes people to move from their home villages and come to urban centers and then stay there for the next 20 years.

This could be farming communities. If those people are coming into urban centers, that will have a long-term impact on food security. If you have people from Lower Shabelle, for example, which has been the breadbasket of Somalia, coming into Mogadishu, it means the breadbasket now has fewer people producing food.

It also exposes people to abuses. When people come into IDP camps, there’s the possibility of other people exploiting them.

All of these things, we can probably avoid, or at least reduce, if assistance can be provided in places where people are in need.

The business community can take their commodities into remote areas — so why don’t we link with them?

Businesses can also provide support for registering beneficiaries. They also might have connections with general authorities or actors in these places. So sometimes they can open communication channels.

We’ve been working with local partners since 2005. We have staff embedded in their offices who provide technical support. That’s part of the strategy to make them strong and to continue taking more work from Concern. In an area, they might do 25% of the activities and Concern does the remaining 75%. Gradually, they will take more and we will take less.