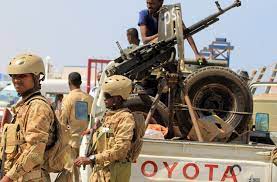 Puntland has rejected suggestions by local traditional leaders efforts to bring an end to the weeks-long row in the coastal, where rival factions of the state’s security forces have taken up positions, triggering fear over the breakout of clashes.

The regional authority said on Tuesday that it was unfortunate that the elders had recommended authorities to leave wealth and weapons of an elite force in the hands of the dismissed commander, indicating that could plunge the region into chaos.

Authorities again called on former commander of Puntland Security Force (PSF) to have over responsibility to his successor without further conditions.

Prominent elders suggested that the former commander leaves his position in return for remaining in possession of wealth and houses belonging to PSF, in a meeting held to end rising tensions in the region.