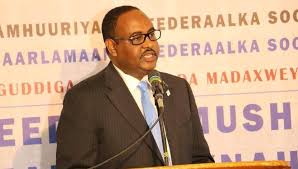 The President of Puntland has leveled accusations against the Federal government of Somalia of an involvement of actions that could jeopardize the stability of Somaliland. Said Abdilahi Deni has said that the Federal govt of Somalia is directly engaging talks with clans inhabiting in Somaliland which is a clear agent of causing a disagreement between the government of Somaliland and the public. Puntland leader has said that his provincial authority will appreciate if a deal is reached over Somaliland’s destiny. He stated that the SFG has no plan for Somaliland in return for something that is not agreed on and is posing a threat to the co-existence.