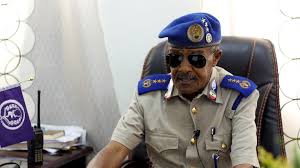 Somaliland is mourning the passing of Deputy Custodial Corps Chief Brigadier General Abdirahman Liban Fohle, who died unexpectedly on Sunday overnight. The deputy head of Correctional Facility had died at Hargeisa General Hospital as he suffered from heart attack. The head of custodial corps, General Ahmed Awale Yusuf, confirmed that Fohle was on-duty before he was rushed to hospital and later pronounced dead. The demise of Fohle was long served as the deputy police commissioner. The incumbent SL president Musa Bihi Abdi shifted him to the custodial corps in a government reshuffle. He will be laid to rest in Hargeisa on Monday.