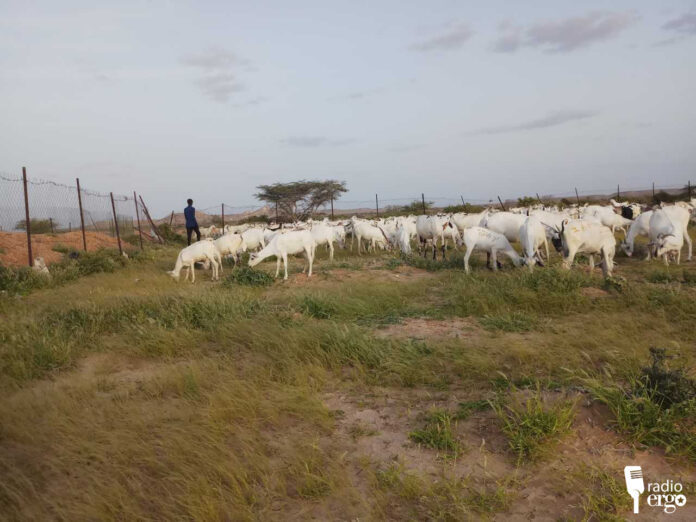 Sixteen vast grazing reserves in Oog of Sool that had been fenced off for private development by a group of businessmen have been returned by the local authorities to communal use for pastoralists.

Oog assistant district commissioner, Abdi Idan Jam’a, told Radio Ergo that there had been disputes over grazing land in four valleys going on between pastoralists and intruders for the past two years.

“People had taken the land. Everyone wants a piece of the land which is even not designated for farming use and that cannot be accepted!” he said, adding: “Now all matters have been resolved.”

According to the assistant district commissioner, a cartel of 25 businessmen, including some from the diaspora, have fenced the land, claiming they want to use it for rearing camels.

However, the administration fears that this privatization of land could lead to new and unwanted urbanization of grazing land.

Since July, the traditional elders and local administration have been under pressure to deal with the encroachment onto grazing land. There has been an outcry by local pastoralists, who were finding it hard to access water and food for their livestock.

Adan Ando Ma’un, one of the elders who signed the agreement, told Radio Ergo that the deal was meant to ensure the land was used equally by the community and to minimize conflicts over resources.

“When the pastoralists lose the land to graze their livestock, it can flare up into conflict, so the signing of this agreement was an important step to avoid that,” he said.

The agreement made between the elders and the administration states that all land located three kilometres outside Oog town can only be used for grazing and cannot be privatized.  It also bans construction of private reservoirs in that area.

The authorities have already filled in with soil 12 reservoirs that had been dug by the land-grabbers in Wad and Damer localities. The reservoirs had not yet filled with water. Allowing watcher catchment, the authorities say, could bring urbanisation development.

Abdi Muse Ahmed, a pastoralist, was happy with agreement, saying it helped the whole community as well as the pastoralists.

He said they had been forced off the rangeland and had to herd their livestock into the mountainous areas around Oog, where the grazing is not good.

“Immediately the agreement was reached, the animals got land again to graze on freely. Before we were not even able to access the well for water, as all the areas had been fenced off,” Abdi said.