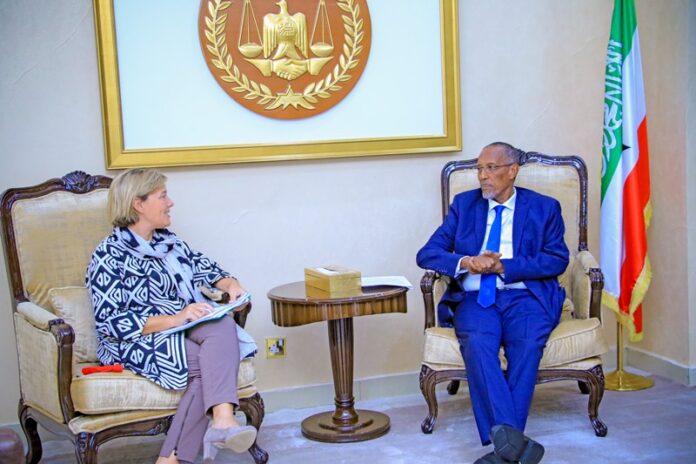 The President of the Republic of Somaliland, His Excellency Musa Bihi Abdi, today, international delegations on an official visit to the country.

A statement by the Presidency’s communications office stated that the President received Kristina Svensson, Head of the World Bank office in Somalia/Somaliland, accompanied by one of the Bank’s officials, Kaltun Hassan, at his office, today.

The two sides, the statement added, discussed ‘working relations’ between the two sides and ‘how WB programs in Somaliland could further be extended and developed’.

Somaliland has – time and gain – conveyed to the World Bank that it will not use funds channeled through Somalia’s financial institutions whatever the cost to development that may entail. This resulted in the scrapping or postponement of the implementation of several programs whose working capital had fallen in the hands of Somalia.

“The President,” the Presidency statement added, “emphasized the sovereignty of the Republic of Somaliland and how the insistence on its rightful independence cemented the unity of its nation”.

The objective behind the President’s point did not escape the visiting delegation.

The Republic of Somaliland is not a signatory to the Constitution upon which the international community built an unsuccessful administration in Somalia. Somaliland restored its internationally recognized independence it acquired in 1960 after 30 years of a disastrous union with Italian Somalia in May 1991. Since then it held 8 1Person-1vote elections and referendums where Somalia has yet to hold its first, deciding its leaders, instead, on a crude tribal selection process that is entirely bankrolled and guarded by the world.

With the President in the WB meeting were the Ministers of Foreign Affairs, Finance, Planning, Livestock and Fisheries, and Special Advisor to the President on economic matters.

Central to the discussion, according to a statement the Presidency posted, was the acceleration of the ongoing Hargeisa Bypass road.

The bypass construction is supported by the United Kingdom.

Upon completion, the 21-km road will connect the main carriageway road from the Red Sea port of Berbera to the Hargeisa-Wajaale stretch bypassing the capital on the north. The bypass is designed to divert traffic from the city centre in order to avoid the congestions heavily-laden trucks would add to already overburdened roads passing through the city.

Without the bypass, the 250-km Berbera Corridor which connected Berbera to the Ethiopia-Somaliland border commercial center of Tog-Wajaale would not have functioned as envisaged. The Corridor is expected not to only provide a passageway to Ethiopia-bound vehicles but to destinations further inward when required.

It is noteworthy that TMEA has not yet included Somaliland among the countries it is involved under its ‘Where we work’. Presently, there are only Burundi, DR Congo, Ethiopia, Kenya, Malawi, Rwanda, South Sudan, Tanzania, Uganda, and Zambia.

Among the UK and Trademark delegation at the meeting with the President were Frank Matsaert, Dominic McVey, Damon Bristow, Chris Loughran, Stuart Brown, Abdi Osman and Cris Pym.

The Somaliland Ministers for Planning, Transportation and Roads and Trade and Tourism attended. 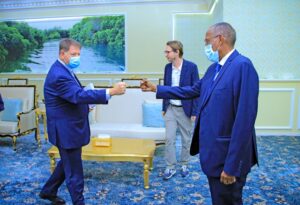 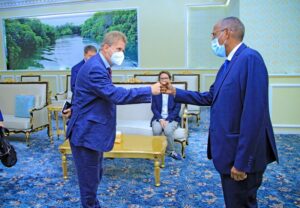 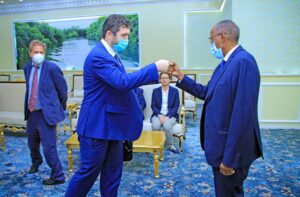 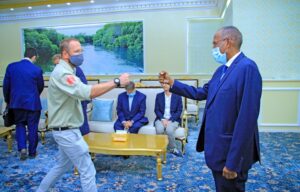 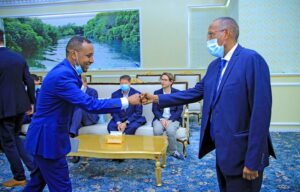 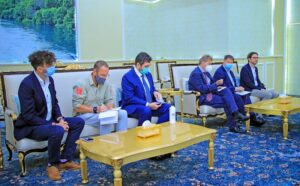 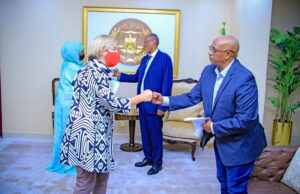 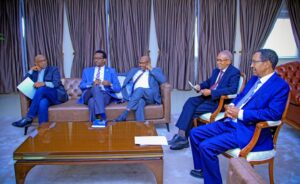 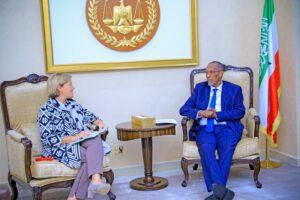 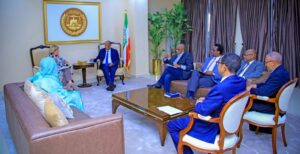 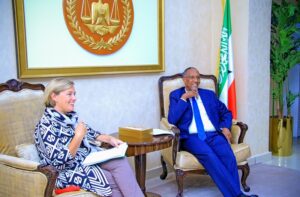 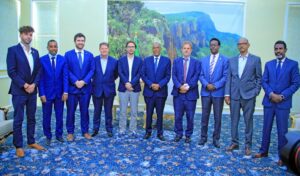 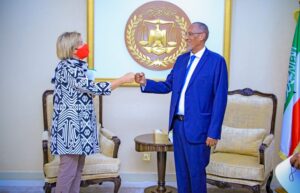 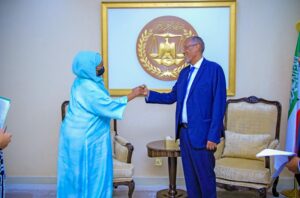 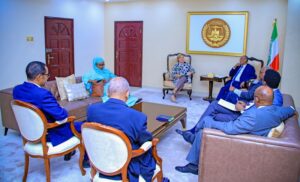