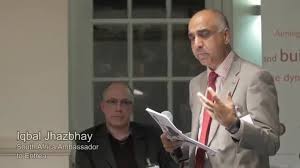 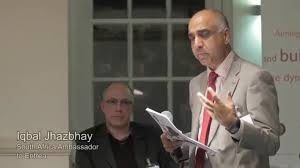 A major Somaliland Recognition brainstorming Meeting is expected to be held in Hargeisa.
According to Geeska Afrika sources President Muse Bihi Abdi has extended an invitation to Prominent foreigners known to be ardent campaigners for the international recognition of Somaliland.
Though no official statement has been issued on this issue, our source indicated that the objective of the meeting is to initially reassemble these prominent and Somaliland recognition campaigners who worked diligently with the former administration’s of Presidents Egal and Rayale.
“Once the links with these foreign diplomats, politicians and intellectuals are reestablished, President Bihi is intent on pursuing new avenues for the elective 27 years Recognition”Said our source.
The meeting said to be scheduled for Hargeisa this coming October shall certainly have on board Dr Greg Mills and his South African countryman Prof Iqbal Jhazbhay who is currently the SA Ambassador in Eritrea.
The contacts and relations president Bihi is in pursuit of mending were destroyed during the tenure of his immediate past predecessor Ahmed Mahmud Silanyo, during and era that saw Somaliland’s fortunes in the international arena go blank.
During the tenure of Late President Egal and subsequent one of President Rayale the support given towards recognition of Somaliland by the large cadre of the individuals expected in Hargeisa soon, put the country squarely in the global arena.
Whatever the outcomes of guidelines between President Bihi and his quests this October of import is recommendations geared towards how Somaliland interacts with ongoing political, economic and security changes taking place in the Born of Africa region
In our editorial last week we urged President Muse Bihi to assemble prominent sons and daughters of Somaliland with foreign policy expertise and the now in process move to meet with former friends of this country with similar expertise is a commendable act.