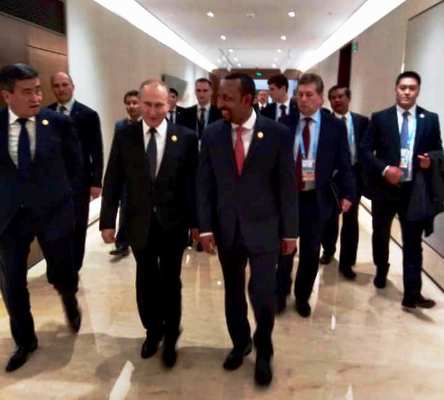 The two discussed the historic relations between the two countries and bilateral issues of mutual interest, according to office of the Prime Minister.

In a Twitter post, Lagarde said she had a good discussion with Prime Minister Dr Abiy Ahmed. 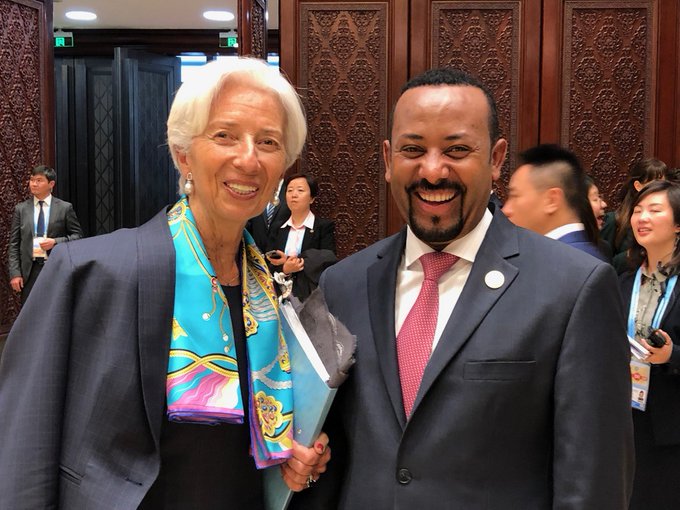 During a meeting in Washington DC last July, the Prime Minister and the Managing director also held a productive discussion about IMF’s support for Ethiopia’s reform plan and priorities.

She congratulated him for the reform he initiated in different sectors, including the Ethio-Eritrea rapprochement. She also reiterated IMF’s commitment to support Ethiopia.

The Prime Minister is Beijing, China participating at the second Belt and Road Forum for International Cooperation (BRF), which will be concluded today.

Ahead of the forum, he met several Chinese officials, including President Xi Jinping and Prime Minister Li Keqiang to discuss the further strengthening of Ethiopia-China relations.