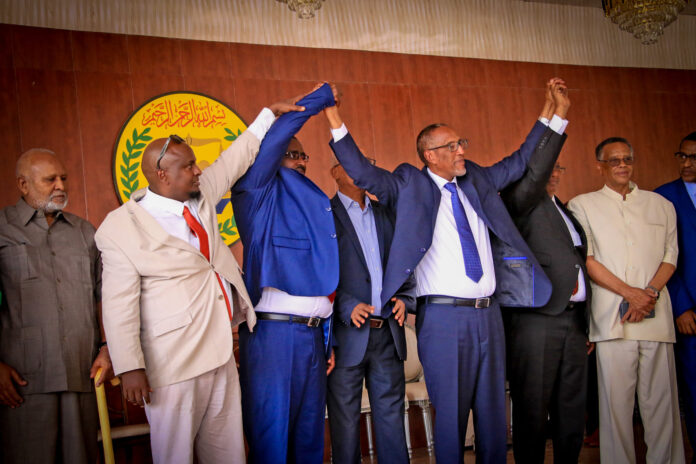 The President of the Republic of Somaliland, H.E. Muse Bihi Abdi, who received the newly
elected members of the House of Representatives minutes after the election at the Presidential Palace, first prayed for the new leadership of the Parliament, and said, “I Congratulate the new Parliament on its commencement today and the six candidates who have run for the three leadership seats in the Parliament, and I wish them all the best in their future endeavors. Congratulations to the Speaker of the House, the Chief Justice, and the former Speaker of the Parliament, who took the lead today and governed the session in a just way befitting our nation.”

Furthermore, the President declared that today is a day of victory for Somaliland, and the enemy is saddened by the victory and the reconciliation that has taken place.

To sum up, the President underlined that the national victory of Somaliland is for all and cannot be claimed by any party or individual. He also congratulated the newly elected Speaker and the other MPs who contested for the seats in a beautiful and democratic manner, and said “Today, all of Somaliland has won and not a single man or a party. We welcome the newly elected Speaker of the Parliament and his deputies. It was a close race and congratulations to their opponents for graciously accepting the results.”