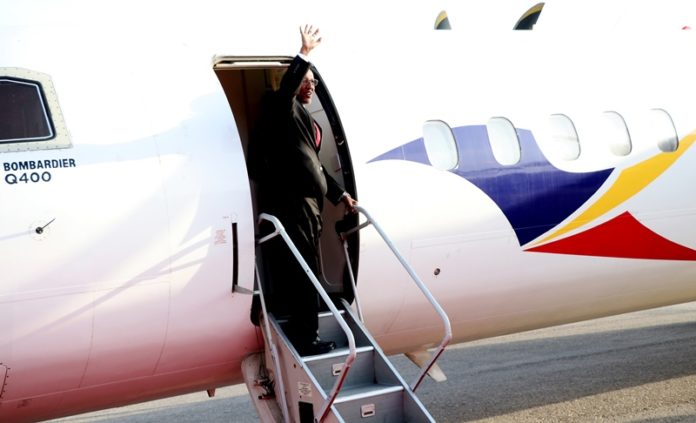 President Musa Bihi of Somaliland has traveled to Addis Ababa, the Ethiopian capital on Sunday leading a high powered delegation.

According to a statement from the presidency said that the president has embarked upon an official working to Ethiopia and is expected to last for days.

The presidency has said that this trip is part of the normal trips that the president usually embarks upon to neighboring countries and around the globe.

The president is due to meet with African leaders who are attending the African Union summit which is due to open in the Ethiopian capital of Addis Ababa.

SL’s FM Professor Yasin Mohamud Hiir alias Faraton has been in Addis Ababa to pave the way for the visit of President Musa Bihi and embarked upon a well coordinated diplomatic efforts to make Somaliland case heard.

The president is expected to further strengthen the diplomacy that FM has embarked upon.

Ministers of agri, livestock, constitutional affairs and the president’s adviser on economy is accompanying the president.