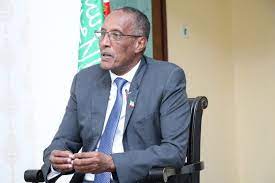 “Deeply saddened by the death of His Highness Khalifa bin Zayed Al-Nahyan, the President of the UAE. On behalf of the people and government of Somaliland, I send my heartfelt condolences and sympathies to the government & people of the UAE. May Allah rest his soul in peace.” Said President Bihi Statement on twitter

The UAE ministry said in a statement earlier Friday .“The Ministry of Presidential Affairs mourns to the UAE people, Arab and Islamic nations and the world the death of President His Highness Sheikh Khalifa bin Zayed Al Nahyan, who passed away on Friday,” statement

The UAE Government declared a 40-day mourning period of time for the President, who led the UAE since the passing of Founding Father Sheikh Zayed in 2004.