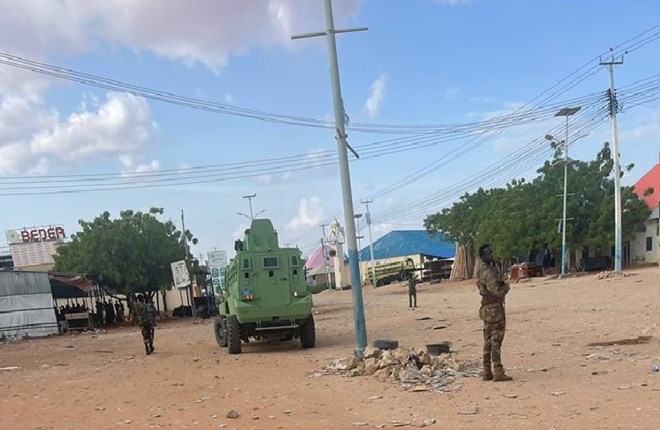 Heavy fighting erupted on Friday in the town of central Somalia town of Dhusamareb after Ahlu Sunnah Wal Jama’ah fighters attacked positions of allied government troops and regional paramilitary forces, killing a number of people and driving thousands from their homes.

District officials told a press conference shortly before sunset that troops had ended an operation to retake parts of the city and overpowered rebel fighters loyal to Ahlu Sunnah armed group, a former ally of Somalia’s army.

The fighting lasted for more than 13 hours as both sides battled for the control of the strategic town which has recently witnessed recurrent clashes. Mortar shells exchanged by both sides landed on residential areas and the town’s main hospital, though details on casualties are still scarce.

Authorities said military vehicles and prisoners had been captured from the rebel group and would soon be displayed, but did not give details on the toll of dead and injured.

Thousands of people fled from their neighborhoods hours before the fighting broke out after they had received reports that rebel militias were approaching the town from two directions. Local officials called on residents to return home and urged humanitarian agencies to provide urgent assistance to those displaced by the gun battle.