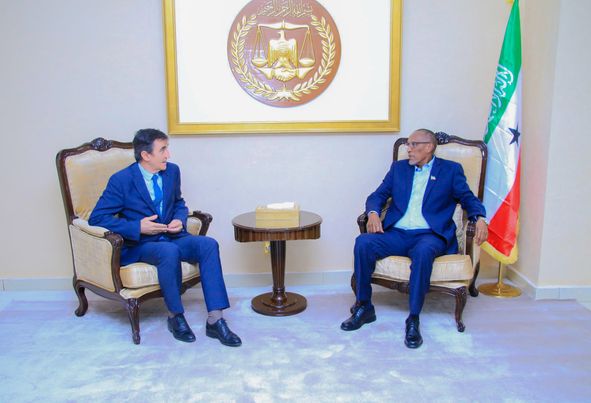 President Musa Bihi held a farewell meeting with Mr. Nicolas Berlanga, Ambassador of the EU to Somalia this morning at the Presidential Palace. The meeting commenced with diplomatic handshake as well as a smile. Opposition parties credited the outgoing EU ambassador to Somalia for forging closer ties between the European Union and Somaliland. SL officials dubbed Berlanga as a great diplomat and SL ally and wished him for a better future. SL praised EU’s assistance and cooperation with Somaliland in various areas and Ambassador Berlanga’s efforts to expand Somaliland-EU bilateral ties. The opposition parties leaders hosted farewell reception to the outgoing EU envoy to Somalia yesterday. A female EU diplomat is poised to succeed Mr. Berlanga whose term in office will soon expire.