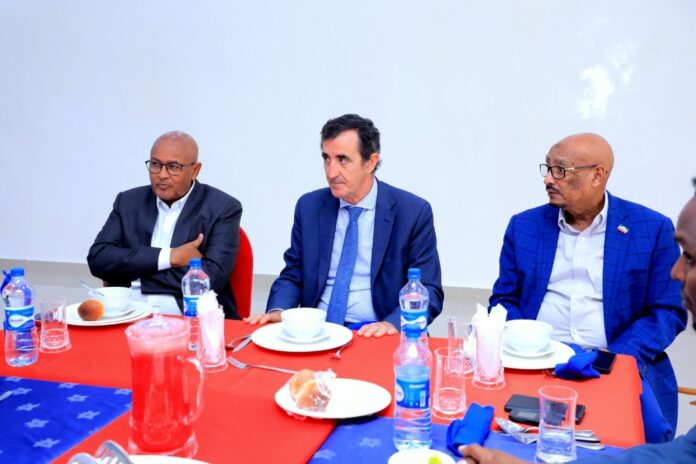 The leaders of two opposition parties yesterday hosted a farewell reception to the outgoing EU ambassador to Somalia, Hon. Nicolas Berlanga. The two leaders of Justice & Welfare party, Hon. Faisal Ali Warabe and Wadani party, Mr. Abdirahman Irro thanked the EU envoy for brokering a deal between the gov’t and opposition groups to reach an agreement which paved the way for holding combined parliamentary and local council elections.

The two leaders expressed their gratitude to EU’s support to Somaliland’s development projects. Both leaders thanked the European Union’s great support and assistance to the Somaliland people under all circumstances. The opposition leader hailed the diplomat’s contributions to strengthening and enhancing the friendship, solidarity and multifaceted cooperation between the two countries.