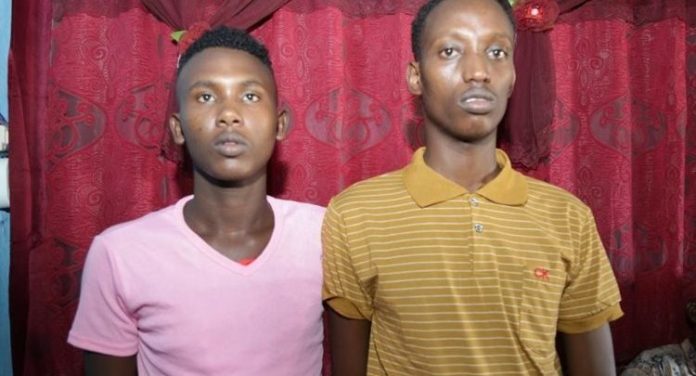 A military court in Somalia on Saturday has issued a verdict whereby sentencing a police officer to death and a college to five years of imprisonment for the murder and causing injury to civilians at police checkpoint in Mogadishu, Somalia’s capital.

The court heard that Hassan Hussein Mohamed and his colleague Hassan Muse Warsame opened fire at the deceased named Istar Mohamed Abdulle and her sibling Ms. Fatumo Mohamed Abdulle who sustained injuries over the shooting.
The incident occurred on September the 7th, 2019.
The court finally sentenced Mohamed to death and the colleague to five years behind bars.
The latter will pay a penalty compensation to the family of the deceased.
The Judge. Lieutenant Colonel Ali Nur Shute told the defendants that they had 30 days to lodge an appeal over the court;s verdict.