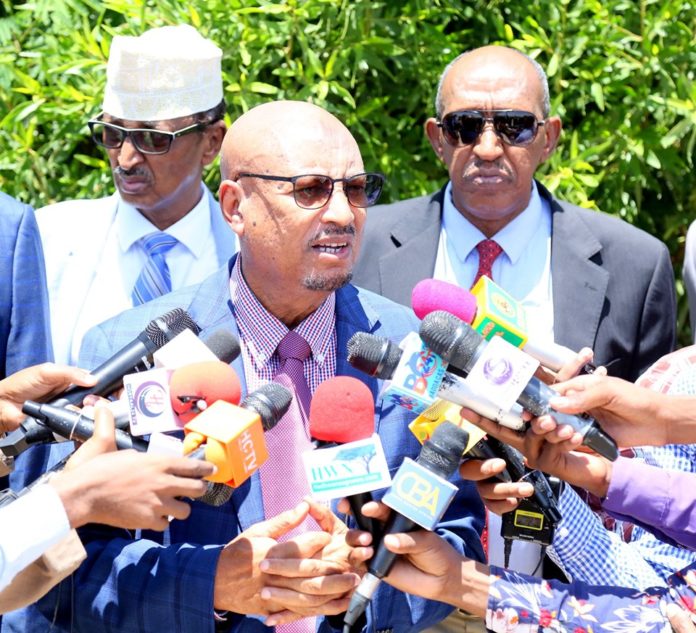 The chair of Somaliland’s smallest opposition political party, UCID, Faisal Ali Warabe, declared to the media, that there are plans, to allegedly, invite senior members of the nascent political parties in Somalia to Hargeisa.

Faisal Ali Warabe who is a member of a delegation from Somaliland currently visiting Kenya and consisting of UCID and Kulmiye members only, made the assertion after it was discovered that there were clandestine meetings with members of the Wadajir party in Nairobi.

The Somaliland delegation led by the deputy chair of Kulmiye and Home Affairs minister, Mohamed Kahin Ahmed, met with the candidate for the presidency in Somalia, Abdishakur Warsame from the Wadajir party in Nairobi.

According to the UCID chair, Fasial Ali Warabe, who has previously met with all manner of Somalia leaders, including the current “head of state”, Mohamed Abdillahi Farmajo, ” We will talk with everyone who understands and appreciates Somaliland’s cause, and we will them invite to Somaliland”.

It is worth noting that all the nascent political parties in Somalia oppose the independence of Somaliland. It is not clear whether the administration of President Muse Bihi Abdi has given it’s blessing to such an undertaking or whether this is another flamboyant and ludicrous claim by Faisal Ali Warabe, who has a history of making outlandish statements.

One thing is certain, no one has denied the meetings with the Wadajir officials, and the recent remark by the head of the Somalia Elections Commission that “a national elections in 2020” will include Somaliland and candidates from Somaliland adds to the mixture of intrigue and supposition.

Whether these plans to invite politicians from Somalia to Hargeisa bear any fruit remains to be seen.