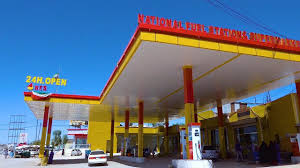 There are reports that petrol price had increased for the last couple of days which motorists felt across major townships in Somaliland.

Fuel station staffers said that the hike is associated with shortage of petrol which had hit Somaliland.

They said that the petrol supplies did not arrive at the right time.

A barrel of petrol fluctuates between 138 to 140 US dollars but now the price has gone up.

Fuel supplying firms now sell the barrel of petrol at around 150 to 160 US dollars.

Now the price of one liter of petrol costs around 7600 Somaliland Shillings where a couple of days ago it was at around 6800 Somaliland shillings.

Petrol price also has gone up in Burao, Somaliland’s second biggest city as it is reported that one liter costs at around 8500 Somaliland shillings.

The diesel price in Somaliland is reported to be stable and has not increased whereby a barrel costs between 116 to 118 US dollars.

Fuel station owner in Berbera, Somaliland’s port city has told that the authorities at Berbera Terminal have smartly run the fuel storage facility.

The authorities at the Berbera Terminal have permitted that every fuel station can be supplied up to ten barrels of petrol on daily day basis and this prevented against the petrol price hike.

Most firms which are engaged in importing fuel to Somaliland are not unified in terms of selling fuel across the country.

When crisis transpire in the middle east, Somaliland is impacted with fuel price hike and the recent US and Iran dispute will further cause shortage of fuel to be felt across the globe.

The petrol price hike is felt across Somaliland’s major townships.