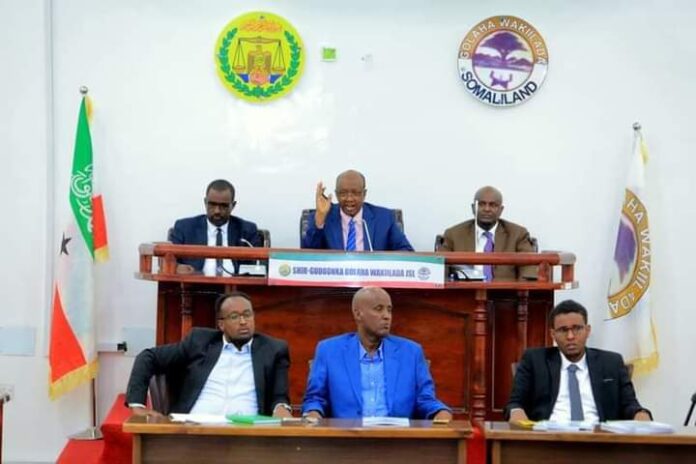 64 MP’s  out of the 82 members of Somaliland’s Lower House of Parliament gathered to participate its first meeting on Sunday.

During its first session, the MP’s meeting focused on the upcoming plans including debates on the Civil Service Law.

The meeting was presided over by the new speaker of the house of national assembly, Mr. Abdirisak Khalif who assumed office on Saturday from his predecessor, Bashe.

The new House Speaker has reiterated that the political campaigns are over.

He said that it is time that MP’s show responsibility and be good representatives.

He promised to work with the president and the gov’t.

The new parliamentary speaker previously stated that he will do all in his power to reconcile polarized politics prior to the elections in Somaliland.

It is ironical that the parliament does not have a female parliamentarian.

The new speaker has appointed a Task Force which will be in charge of reforming of the parliamentary by laws.