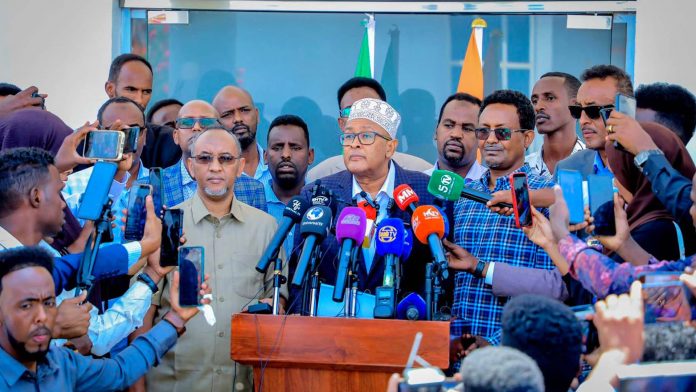 Irro told a press conference in Hargeisa that the opposition would no longer recognize Bihi as President when his term ends in Nov. 13, calling his term extension unconstitutional.

On Sunday, Somaliland House of Elders voted to extend the President’s term by two years, a week after the electoral commission said presidential election slated for Nov. 13 could not be held on its due date because of time and financial constraints.

The opposition said the government and parliament will take responsibility for the consequences of the unilateral decision, adding that it was the first time in the break-away region’s history to extend a president’s mandate without engaging in consultation with other political stakeholders.