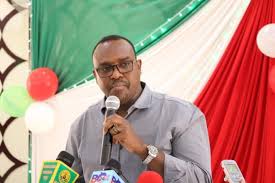 Somaliland has recorded another 13 cases of Covid-19, bringing its total to 19.

This was the highest number of cases recorded in one day. The confirmation of new Covid-19 cases has been announced by the information minister and government spokesman, Sulieman Yusuf Ali Koore in a press conference held in Hargeisa on Thursday. Suleiman said, “Somaliland’s tally of Covid-19 cases stands at 19. Therefore, we are at a critical juncture where it is a must that we bring our minds, muscles and wealth together as a nation to contain the spread of the deadly Covid-19 before it takes its toll on locals where it is possible that ten people live in one place.” Somaliland has also announced imposing a total ban on Khat importation and sale during the holy month of Ramadan. It was a decision where the government was dragging its feet. The Khat ban will be in place for 25 days starting from 26th April and will last until 21st May. A statement said that regional and district level authorities and armed forces were ordered to burn illegal khat and confiscate transporting vehicles during the ban. The official statement from Covid-19 Committee further said that those who caught red handed will be prosecuted at the courts.