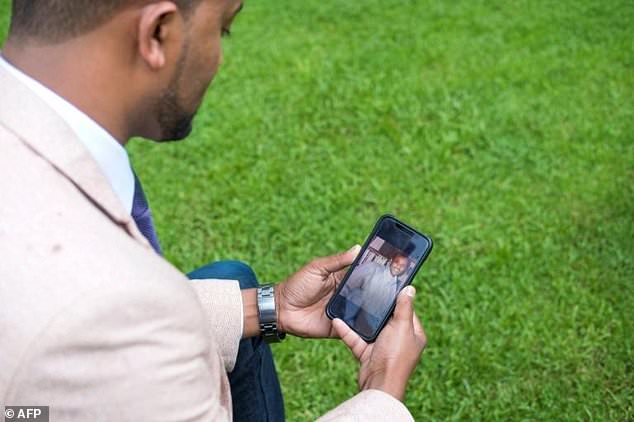 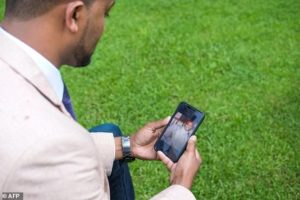 Ethiopia’s disappeared: Bekele Dawano Hebeno, a member of the Oromo Liberation Front, went missing in 1992 and hasn’t been seen since, leaving the family in a terrible limbo

When Ethiopia released thousands of prisoners earlier this year, Hannah Tesemma hoped her three siblings and cousin, seized from the streets 24 years ago, would be among them.

They were not, so Hannah and her sister took a banner calling for their release to a rally for new Prime Minister Abiy Ahmed, sticking around even after a deadly grenade attack disrupted the gathering in the capital Addis Ababa.

“We aren’t living, so why should we hide?” Hannah said of her decision to openly challenge the popular prime minister in public.

Still, she has received no word on their whereabouts.

Since taking office in April, Abiy has pursued an aggressive reform agenda that includes trying to right some of the wrongs committed by his party, the Ethiopian People’s Revolutionary Democratic Front (EPRDF).

He has released scores of jailed dissidents and publicly admitted that the security forces tortured detainees.

But he has yet to bring closure for Hannah and many other Ethiopians whose friends and family opposed the EPRDF and were never seen again.

“Our family has been torn apart,” Hannah told AFP, tears in her eyes. “Why do we have to suffer like this?” 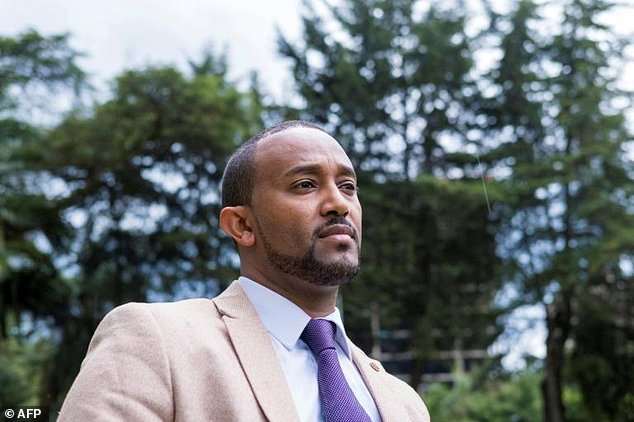 Edao Dawano, who lives in the United States, has made repeated trips back to Ethiopia to try and find his father, an OLF official who disappared after being arrested in 1992

The EPRDF took power in 1991 after defeating the Derg military junta, establishing itself as the sole ruler in Africa’s second most-populous country.

Hannah’s brother Menelik Tesemma, 19 at the time, was active in an opposition party, the All-Amhara People’s Organisation.

Not long after giving a forceful speech at a party meeting in 1994, plainclothes security agents in an unmarked car intercepted Menelik and his cousin.

That evening Hannah’s other brothers, twins aged 21, went out looking for the pair after neighbours told them about the arrests. Security agents seized them too.

None has been seen since: there were no court appearances, no police records.

Once, Hannah secured a meeting with a government official who listened to her story before dismissing it, saying, “Our government would not do such things.”

But in the early 1990s, as the EPRDF consolidated power, the enforced disappearance of opponents was an explicit strategy, said Fisseha Tekle, a researcher with Amnesty International.

Having survived the Derg’s bloody purges against his Ethiopian People’s Revolutionary Party (EPRP), 47-year-old Berhanu Ejigu was arrested by plainclothes police in 1994.

It was months before his brother Gebeyehu Ejigu was told he could visit Berhanu in a jail cell.

But when he got there, the man they showed him was not his brother.

“There are fathers and mothers, brothers and sisters, wives and husbands, loved ones mysteriously disappeared. Every one of those needs closure,” Gebeyehu said.

He believes his brother is one of tens of thousands of disappeared, but Fisseha says the exact number is hard to know.

“You can count the allegations, but you can’t find out the number of people who have ‘been disappeared’ (under) this kind of government,” he said.

– The search for truth –

A prime target for the government’s tactic of enforced disappearance was the Oromo Liberation Front (OLF).

“Some people who disappeared just left the office and never returned,” said Leenco Lata, a top official in the OLF when it fell out with the EPRDF in the early 1990s.

Family members sometimes made desperate attempts to find their vanished loved ones.

After Lencho Bati’s brother, an OLF official, was taken in 1992, their father travelled to the northern Tigray region where the disappeared were thought to have been put to work building roads.

He would watch work crews closely, hoping to catch sight of his missing son Yosef Bati. He never did.

“I do not expect my brother is alive,” said Lencho, a former OLF spokesman, who still hopes one day to recover his brother’s remains, so he can bury them.

Today, the EPRDF and its allies hold every seat in parliament and political opposition is weak.

Abiy has welcomed once-banned groups like the OLF back into the country and made forgiveness a theme in speeches, but has yet to resolve the issue of enforced disappearances.

“Right now, the government is talking about forgiveness, but the truth should be a priority,” said Fisseha.

Recently billboards with the words “Where are they?” have appeared in Oromia, alongside images of the missing, such as Bekele Dawano Hebeno, an OLF member who disappeared in 1992.

His son, Edao, has made repeated trips from his home in the US, seeking information, but to no avail, leaving him and his family in a terrible limbo.

“Right now my family are standing in between death and life,” he said during a recent trip to Addis Ababa.

That will only change, he said, when he learns the truth of what happened to his father.