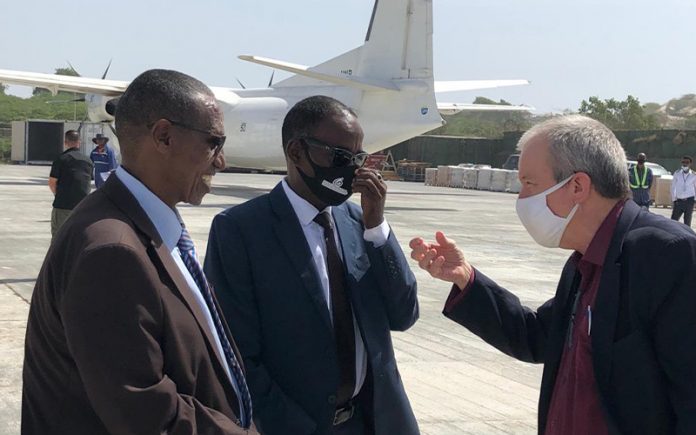 New ambassador of the United States to Somalia Larry André arrived in Mogadishu, nearly ten months after he had been nominated by President Joe Biden in April 2021, US embassy in Somalia said on Monday.

“We are pleased to announce the arrival of Ambassador Larry André. He is eager to work in partnership with the Somali people and their state and the federal government to advance our shared objective of Somalia’s revival as a secure, prosperous, and democratic nation,” US embassy in Somalia tweeted.

His arrival comes amid tensions fraying over the Prime Minister and regional presidents’ handing of the polls, weeks after they had agreed to address transparency concerns and conclude ongoing parliamentary elections before February 25.

The United States earlier threatened that it was prepared to take action against spoilers in the country’s elections, though a power fight between the President and his Prime Minister appears to be dragging on with each side trying to tighten the noose on the other.