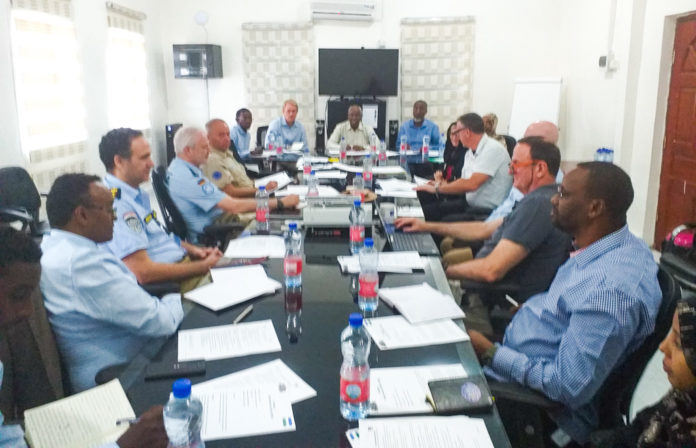 Officials from the recently formed Puntland State Security Office (PSSO), including both of its Directors, General Bashir Abdi Mohamed and General Khalif Issa, have met with international counterparts this month as part of a series of steps in coordinating security sector reform and governance in Puntland.

The PSSO was set up in November 2019 by the President of Puntland, with the support of the European Union and the United Nations Development Programme (UNDP). It is located at the Office of the President of Puntland, reporting to the President, and is tasked with leading security sector reform and governance, in partnership with the federal government and federal member states. The office will also be responsible for advising and assisting President Deni and senior policymakers on security matters, and will work closely with international partners, stakeholders and donors to carry out its mandate.

In its inaugural meeting with the international community, hosted by EUCAP’s field office in Garowe, PSSO officials met with representatives from the United Nations Assistance Mission in Somalia (UNSOM), the United Nations Office on Drugs and Crime (UNODC) and EUCAP Somalia.