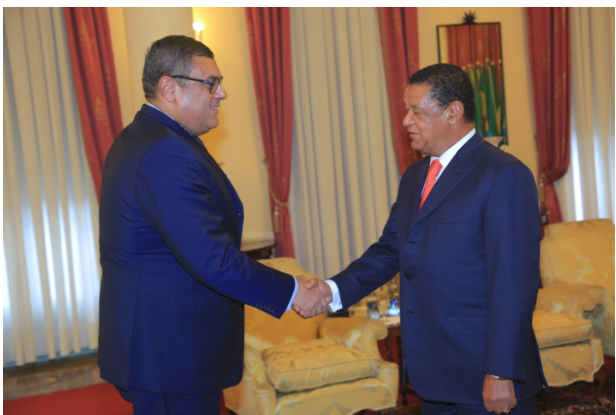 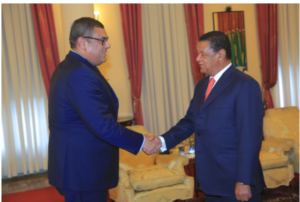 During the occasion, the President and the outgoing Ambassador have conferred on ways of further boosting the economic cooperation between the two sides.

President Mulatu appreciated the Ambassador’s special efforts he made in enhancing economic and trade cooperation between Ethiopia and Egypt.

The outgoing Ambassador told reporters that they have discussed on a number of issues that could bolster bilateral ties.

“We have talked about the investment between our two countries, bilateral relations in tourism and trade,” he said.

The departing Ambassador has also pledged to continue promoting investment opportunities and ties and in his capacity.

He said “I promised the president for promoting the bilateral relations between our two countries and promotion of investments.”