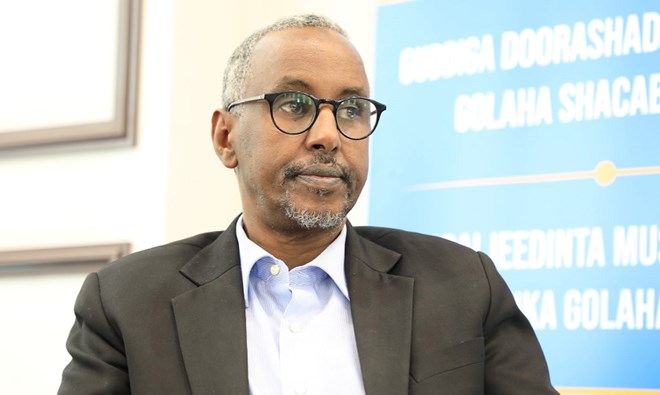 Commanders of Somalia’s police and presidential guards forced parliament staff to vacate their headquarters ahead of a crucial vote, senior parliamentary official said on Tuesday, a day after interim speaker of parliament said he had escaped an attack by government forces.

“The chief of police & commander of VS [Villa Somalia] security have forced the staff of parliament to vacate Villa Hargaysa, which is the headquarter for the staff of Parliament,” Abdirizak Omar Mohamed, chairman of a committee tasked with the organization of an election for parliament leadership tweeted.

“The intention is to delay or stop the election of the speaker and deputies of the House of People, and to intimidate the staff to succumb to whims of VS. However, the committee responsible for the election process completed their tasks leading to tomorrow’s election.”

On Monday, interim speaker of parliament said he had escaped an attack by government’s security forces on a hotel where the swearing in of new MPs elected in the border town of Elwak was underway. He added that there have been similar attacks aimed at obstructing upcoming parliament vote.