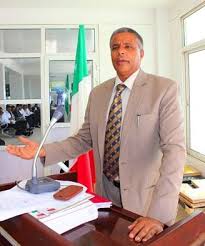 The ex-minister Mohamoud Hashi insulted the intelligence of the people or the people of somaliland have a sickness called cognitive impairment. Since Somalilanders have always been advocates of good governance they were shocked to witness the ex-minister openly lying to the UN Monitory Group Report. The UN Monitory as well as some members of the Legislative House confirmed the bribery. The members of both houses have never been denied the kick back that they received.
According to psychologists, a pathological liar has multiple purposes for lying. For example, he lies to gain attention from the public. He likes to portray himself as either a hero or a victim of a particular situation, which he believes will make life more interesting. The ex-minister lied and contradicted himself in fort of the audiences, while the audience asked Somaliland’s standpoint of the gulf crisis, the DPW and military base.
These kinds of liars have no remorse when lying, which is exactly what the ex-minister did. They do not see lying as bad. They do not worry about the consequences either. They simply lie and go on with life as if it were a normal thing to do. Let us go back to the day the House of Legislative debated the DPW. He explained the terms of the treaty between the Somaliland government and DPW. He said, “if the DPW does not start the construction within one year, the treaty would be null and void,” However, on this day, the extension of Berbera port does not have any significance.
These people -Pathological lairs- do not value honesty and are known to relate events and incidents that they have been told in confidence to others. And when that happens, they may also exaggerate the facts as well. The whole purpose of the event seems to me as if it is an exaggeration of the facts that everyone already knows. Mohamoud Hashi Abdi has been the permanent minister of Siilaany’s cabinet. He was one of the most powerful people and was acting prime minister. The only reason that he got this position is because he has tribalism privilege and because he is President Siilaanyo’s distance nephew. Mohamoud Hashi Abdi has no qualifications and he did not even complete high education. He got that position because of nepotism. Every Somalilander witnessed the corruption, fraud, dishonest, nepotist that he had committed as the minister when he was in office.
He purposely hides the truth and lies because of the five million dollars his government took from the United Arab Emirates during his time as presidential minister. The current Finance minister said that the amount was transferred to a previous government that Mohamoud Hashi Abdi acted as Prime Minister. As everyone knows, the current minister of finance Saad Ali Shire was a part of the previous government and he is most likely telling the truth.
The ex-minister has characteristics of a psychopath. He has traits of a person who can be identified as a psychopath. This has to be acknowledged because his lack of regret, lack of remorse, lack of empathy and lack of responsibility is not acceptable. These kinds of behaviors were revealed when he was answering the questions asked by the audiences.
For the Center for Policy analysis, let me give you a little token of my advice, please stop prompting for politically exposed person (PEP). Those who looted the people’s money, took the public properties and illegally constructed its own palaces in Hargeisa, the capital of Somaliland.