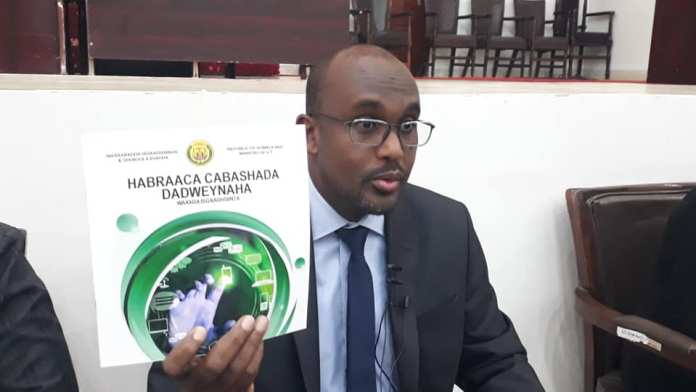 Telecommunication and Technology of SL Honorable Abdilahi Sufi has told the permanent committee of the Upper House of Parliament that the government is committed to resolve the protracted row on tower installations in major cities in Somaliland.

The minister has ruled out the suspension of new tower installations in the major cities in the country.

He told the committee that the ministry is to roll out telecommunication companies interconnectivity law which will be used as a vehicle for all citizens to communicate with each other.

Abdilahi said that he briefed the committee on new laws that will be governed by the telecommunication companies.

During the meeting, members of the permanent committee grilled the minister of various issues and his future plans pertaining to the telecommunication sector in Somaliland.

The minister disclosed during the gathering that the govt plans to introduce new laws to limit the false news in the social media to change the trajectory.

He said that fake news impacted negatively on young generations.