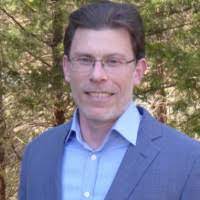 Micheal Horton, a fellow at the Jamestown Institute, who publishes occasionally at the Quincy Institute’s Responsible Statecraft, has written a piece entitled “How Somaliland is playing its geostrategic cards better than most” including advocacy for international recognition:

The pressures that Somaliland faces will only increase in the months and years ahead. The ramifications of the possible dissolution of Ethiopia as a cohesive state will reverberate across the Horn of Africa. Somaliland, like other Horn of Africa nations, will be hard pressed to insulate itself from the fallout from the fragmentation of Africa’s second most populous country. Ethiopia’s civil war is also occurring at a time when developing and developed nations alike face rising energy costs and food inflation, as well as ongoing economic disruptions resulting from responses to COVID-19. Such challenges will test every country in the Horn of Africa and beyond.

More than ever, Somaliland deserves and needs international recognition for the great strides it has made to establish a democratic and durable government. The United States has an opportunity to solidify its relationship with a nation that has a proven record of adhering to the values and forms of governance that it supports. However, the window on this opportunity is likely to close. At some point in the near future, circumstances and necessity will force Somalilanders to choose a side. Aid from China may prove more convincing than empty rhetoric from Washington.

Following the paper “The U.S. Should Recognize Somaliland” by Joshua Meservey, the Heritage Foundation’s lead Africa analyst published in October, it is clear that there is real movement on the conservative side of the Washington foreign policy establishment for some U.S. initiative on the recognition issue, in spite of the reduced public engagement with Somaliland during the Trump Administration when the D.C. right had some real direct power in the various bureaucracies as well as the White House and top levels at State and Defense.

Personally, I do not disagree with Meservey’s or Horton’s basic arguments (not to say I agree with every detail of what they write or that they address all issues where I see challenges and risks) now that Somaliland has delivered on the long delayed parliamentary election. I thought the previous “dual track” approach from the early Obama years made sense then and I was surprised not to see more progress since. (See “U.S.-Somaliland relationship continues to mature as U.S. leads donor delegation on preparation for municipal elections” from 2012.) Given that I poked a bit at now-Secretary Buttigieg’s 2008 advocacy (“Quick thoughts on Mayor Pete’s Somaliland vacation and related op-ed” and “Please note that in mid-2008 Hargeisa, Somaliland was safer and less repressive than Addis or Khartoum” ) I thought I should take note of both the progress in Somaliland and the risks of letting more years drift by as other changes take place in the region