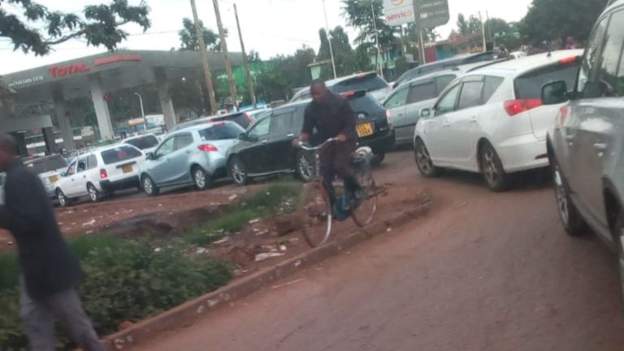 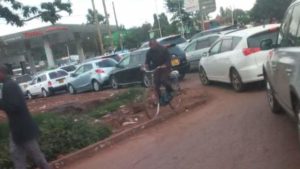 A crippling fuel shortage has hit Kenya following the introduction of a 16% Value Added Tax on all petroleum products, reports the BBC’s Bonney Tunya.

The shortage, which has resulted in long queues at petrol stations, is a result of a protest against the price rise by the fuel distributors.

Kenya’s energy regulator has revoked the license of the Kenya Independent Petroleum Distributors Association for allegedly leading the fuel boycott, equating their action to economic sabotage.

Parliament approved the tax in 2013 but its implementation has been repeatedly postponed.

The high court on Tuesday refused to suspend the new tax despite the public outcry.

President Uhuru Kenyatta is expected to approve a measure to suspend the tax once he returns back in the country from his trip to China.