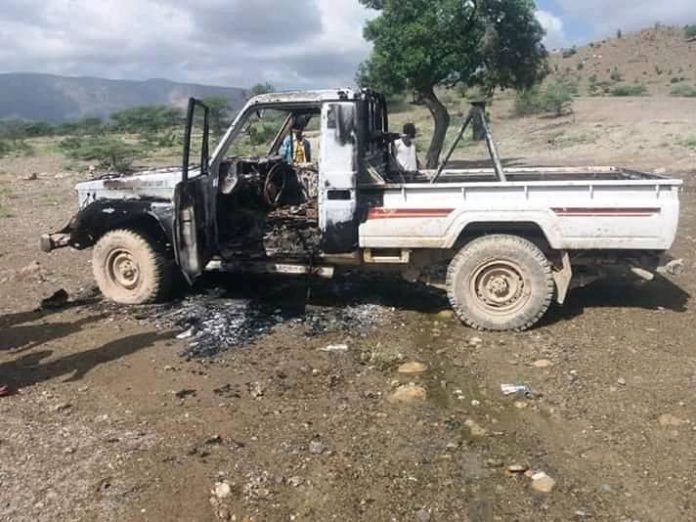 ERIGAVO–The convoy of Puntland’s deputy information minister and other officials were attacked yesterday in the outskirts of Ulxeed district which is part of Sanaag region.

The locals accused of the deputy information minister whilst accompanied by white men came to the Almadow mountains so as to explore and exploit  its rich laden mineral resources.

The residents used heavy weapons and fired bullets against the convoy of the deputy information minister from Puntland.

Although no human casualties are reported as far as the assault is concerned.

Locals had set fire on Land Cruiser that the officials had abandoned.

Puntland security agencies had blamed the assault on being behind by Al Shabaab but locals have denied that Al shabab did not carry out the raid.