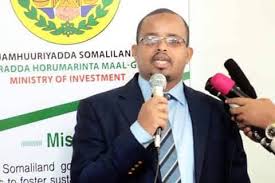 Four local councilors from Gabiley are currently held behind bars in Somaliland.

The arrested councilors were the adversaries of the incumbent Gabiley mayor, Mr. Mohamed Amin Omar and plotted to oust him from the office.

The apprehended councilors have accused the mayor of lack of accomplishment and corruption is rampant in his city hall.

The gov of Somaliland has not so far commented the detained officials who have council impunity from arrest.

The gov is accusing the councilors of being the ringleaders of the current dispute between the mayor and members of Gabiley council and have been fueling it.

Certain councilors including those in police custody have demanded that the mayor must be deposed in an extraordinary meeting that will be attended by the councilors.

Home affairs minister recently issued a directive which suspended meetings aimed at bringing down mayors in Somaliland once their term in office will soon expire.

The names of the councilors arrested by police and are held in Hargeisa are as follows.

Majority of local councilors have vowed that unless their demands are met which is to oust the mayor and deputy from office.

They argue that the constitution allows them to do so.

The mayor of Gabiley, Mr. Mohamed Amin Omar has accused the BBC Somali Services that it has conducted an interview with a man who was an impostor of him.

He protested that he will sue the BBC Somali at the court.

The BBC Somali services apologized to the mayor.