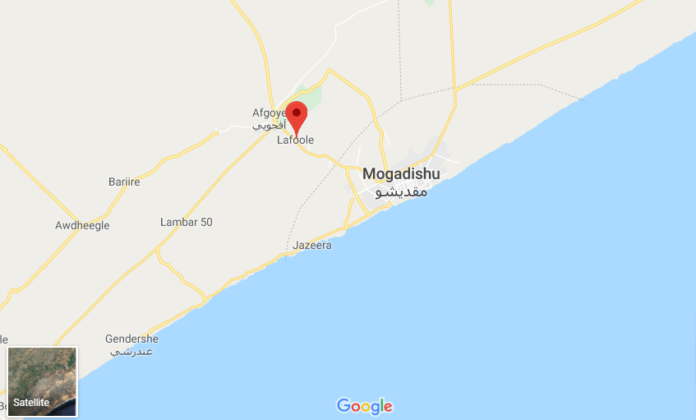 At least six people were on Tuesday killed and three others injured after a bomb planted on the roadside went off in the outskirts of Somali capital Mogadishu.

A police officer, who spoke to Xinhua on condition of anonymity, said a roadside bomb exploded as a public bus was traveling on the road linking Afgoye to Wanlaweyn town in Lower Shabelle region, killing six people and injuring others.

“The car was transporting milk from Wanlaweyn to Mogadishu when it hit a bomb planted on the road causing the death of six people and three others sustained injuries,” the official said.

He added that al-Shabab militants had been targeting vehicles carrying charcoal heading to Mogadishu.

Ahmed Aden, an eyewitness, told Xinhua he was using the same road when the incident happened.

“I was passing the road when I heard a heavy blast and I saw a dark dust and smoke up the air,” Aden said.

The latest incident comes barely a day after al-Shabab militants carried out a car bomb attack in the capital which left 17 people dead and 28 others got injured.

The blast came barely four days after security forces warned possible militant attacks in the town ordering the car owners not to park their cars at the roadsides.

Government forces backed by the African Union Mission in Somalia (AMISOM) forced al-Shabab militants out of the capital Mogadishu in 2011, but the terror group is still active in central and southern Somalia conducting attacks, bomb blasts, targeting government installations, restaurants, hotels and other public places.