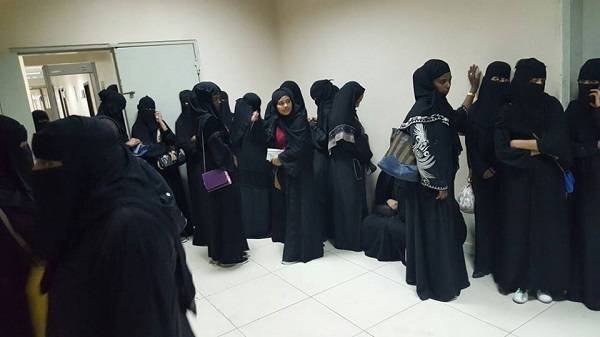 TAIF — The Ministry of Labor and Social Development has stopped the recruitment of housemaids from Ethiopia after negotiations between the two countries reached a deadlock.

According to Saudi recruitment offices, not a single Ethiopian housemaid has so far arrived in the Kingdom though they were expected to come before Ramadan.

The offices held a meeting with the ministry on May 14, the ninth day of the fasting month, to discuss issues in recruiting Ethiopian housemaids.

During the meeting, the ministry insisted that the recruitment offices commit themselves to provide accommodation facilities for housemaids to be recruited from various countries.

Labor market sources said the ministry already removed the facility for recruiting Ethiopian maids from its Musanid electronic gate. It also took out Ethiopia from the list of countries from which recruitment is allowed.

The ministry has cancelled all work visas already issued for Ethiopia saying there were deep differences with its Ethiopian counterpart over the wording of the work contract.

It said the two sides failed to reach a mutually acceptable contract while the Ethiopian side refused to set up a center for the health checkup of the maids.