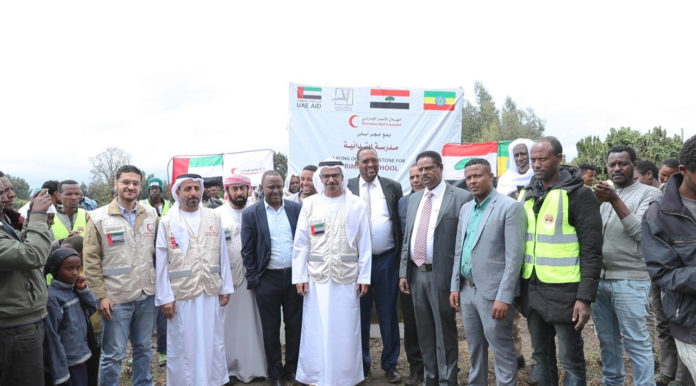 ADDIS ABABA, 26th May, 2019  — The Emirates, Red Crescent, ERC, has strengthened humanitarian aid and development efforts in Ethiopia by launching several development projects, at a cost of AED61,339,100.

The projects, implemented under the patronage of H.H. Sheikha Fatima bint Mubarak, Chairwoman of the General Women’s Union, President of the Supreme Council for Motherhood and Childhood, and Supreme Chairwoman of the Family Development Foundation, who is the Honorary President of the ERC, and the monitoring of H.H. Sheikh Hamdan bin Zayed Al Nahyan, Ruler’s Representative in Al Dhafra Region and Chairman of the ERC, include the construction of residential complexes for displaced people and other projects related to health, education and public transportation.

An ERC delegation recently visited Ethiopia and launched the first phase of the authority’s residential project, as well as several educational projects.

Upon the directives of the country’s leadership, the ERC is also supporting the efforts to improve living conditions in Ethiopia by supporting refugees in the capital, Addis Ababa, and other provinces.

Dr. Mohammed Ateeq Al Falahi, Secretary-General of the ERC, stated that the UAE’s support for Ethiopia is part of its many humanitarian and development initiatives, which aim to ease the suffering of vulnerable people and assist refugees.

The directives of the country’s leadership reflect the values of tolerance promoted by its declaration of 2019 as the Year of Tolerance, as well as the strong bilateral ties between the leadership and people of the UAE and Ethiopia, he added.

The ERC’s development projects in the Bali region of Ethiopia, which is suffering from the effects of displacement, include the establishment of residential complexes valued at AED14.692 million, as well as the construction of four schools, valued at AED23,690,850. 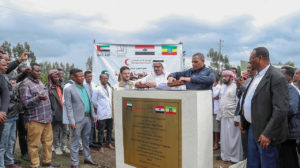 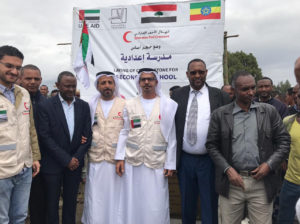 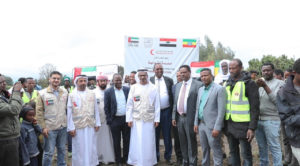