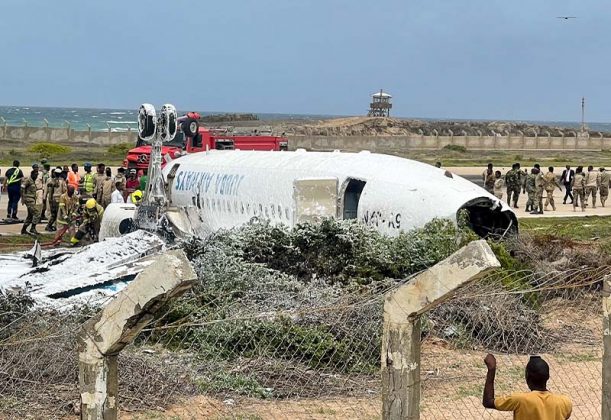 Juba Airways plane carrying passengers from the town of Baidoa crash-landed at Adan Adde International Airport in Somalia’s capital Mogadishu on Monday and all those on board survived, state media reported.

Smoke billowing into the sky could be seen after the plane crashed near the airport’s fence. Fire fighters reached the scene immediately to douse flames after parts of the aircraft caught fire.

No fatalities have been reported and passengers appeared to be safe after being rescued. Debris clearing was underway at the airport and the crash scene was sealed off by African Union peacekeepers.

Somali authorities and Juba Airways have not yet established the cause of the crash.