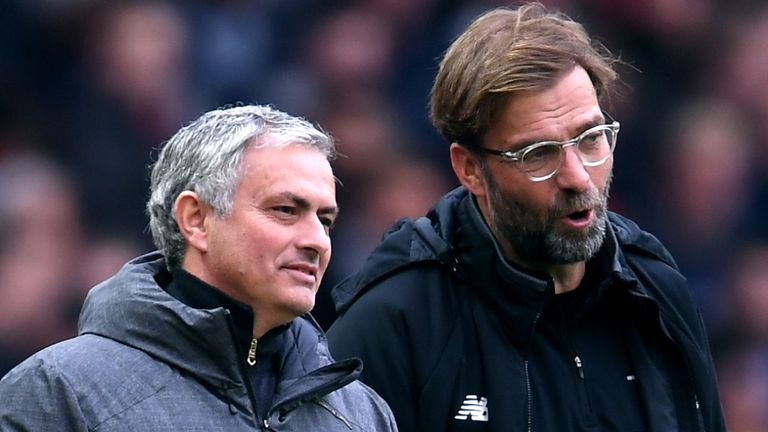 Klopp has been forced to defend Liverpool’s expenditure on players, which topped £170m after signing goalkeeper Alisson last week, two years after the Liverpool boss was critical of United’s £90m move for Paul Pogba.

Speaking after the friendly against AC Milan – which United won 9-8 in a shootout after a 1-1 draw – Mourinho was in a jovial mood when asked about Liverpool’s transfer business, but stressed there will now be a “demand” for the club to end their 28-year wait for a league title. 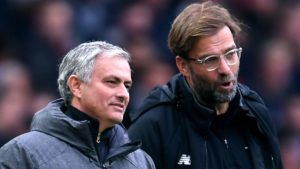 “I think if you have the money, if you invest well, it is better than to have it in the bank. Because the interest rates are very low,” Mourinho said.

“The problem is you have to invest well and honestly I think they did very well, because every player they bought are quality players. I’m happy for them.

“And I’m also happy to smile [about Klopp’s previous comments] and to see that, you know, you can change your opinion and change as a person, it’s funny.

“That’s okay, but maybe this season finally you demand that they win. I think you have to be fair and now you have to demand [they win the league].

“You have to say the team, with the investments not just this season, last season, that you made in January, that you make now, because that will probably be the record for the Premier League this season, I can’t see anyone else getting close to spending what they have.

United and Liverpool go head to head in the International Champions Cup on Sunday at the Michigan Stadium.