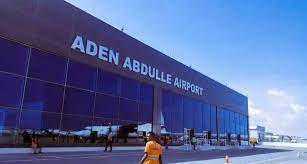 The move comes after security negligence and surge in complaints put forward by government institutions functioning at the airport over physical abuses and intimidation against staff, the minister said.

Somali police was instructed to take over security responsibilities of the airport effective of January 2 while the acting director of NISA was ordered to remove plain-clothed agents from airport immediately.

Ex-deputy Spy Agency NISA said it was a knee-jerk decision to remove spy agents from the airport and instead claimed that the government will dismiss the director of intelligence agents at Adan Adde airport to tackle abuses committed against travelers and immigration officers.