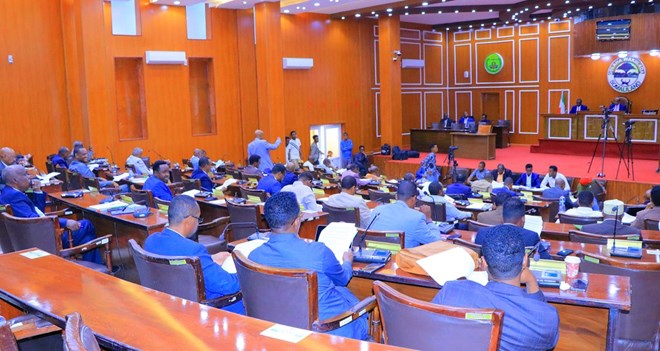 Somaliland’s House of National Assembly has sent back a list of appointed officials to the President of the Republic of Somaliland H.E Musa Bihi for a re-appointment after the expiration of their transitional period.

As the constitution stipulates, the House of Reps. cannot approve appointed officials unless their names are submitted within three months- a rule they say the president has not directly failed to abide by.

The House has called on the President to re-appoint 14 officials whose transitional mandate has expired.

The Speaker of Somaliland House of Reps. Abdirisak Khalif, said that the house will send a directive letter for re-appointment to the President on the 2nd of January.