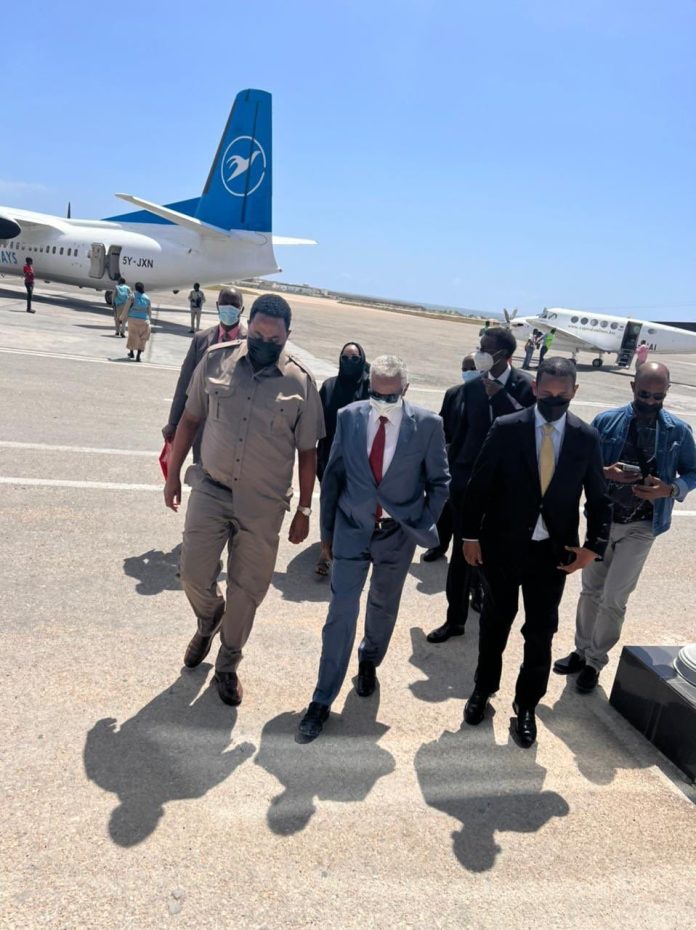 A high-powered delegation from Intergovernmental Authority on Development (IGAD) headed up by Executive Secretary, Dr Workneh Gebeyehu arrived in Mogadishu, the capital city of Somalia on Thursday.

The delegation was greeted by Mohamed Abdi Bekos, Deputy Minister of the Ministry of Foreign Affairs of Somalia among other government officials at Adan Adde international airport. Dr Workneh held separate meetings with Somali President Mohamed Abdullahi Farmaajo and Prime Minister Mohamed Hussein Roble just after landing in the city.

”Joined President Mohamed Abdullahi Farmaajo for the launch of IGAD Centre of Excellence for Climate Adaptation and Environmental Protection in Mogadishu, a far-sighted initiative led by the Federal Government of Somalia with support from IGAD in the adaptation and environmental protection agenda,” Dr Workneh Gebeyehu. The Executive Secretary of the regional bloc is also expected to meet other officials during his stay in Mogadishu. The Intergovernmental Authority on Development (IGAD) in Eastern Africa was created in 1996 to supersede the Intergovernmental Authority on Drought and Development (IGADD) which was founded in 1986.