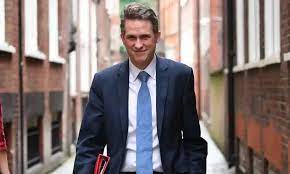 UK’s MP Hon. Gavin Williamson asserts that Somaliland’s status does not depend on Mogadishu or the Federal Republic of Somalia and that they should not have a veto on Somaliland independence.

He further underscored Somaliland’s independence having historical factors that support her hence its scenario of re-asserting her independence is reflected severally elsewhere in the world with reminiscent similar factors.

In an exclusive interview with THT reporter Mohamoud Walaaleye earlier published in sister paper Dawan on Saturday 22-1-22, yesterday, MP Williamson revealed that he will visit Somaliland in the near future.

The excerpts of questions and answers he gave were as follows:-

How did your debate on Somaliland’s recognition in parliament come about?  And got the support of other Members and their intervention?

I had the pleasure of visiting Somaliland in my time as UK Secretary of State for Defence. It was this visit that first brought Somaliland and the issue of Somaliland independence to my attention. Due to the UK’s large Somaliland disapora, many members from across the House of Commons have Somalilanders living in their constituencies. This means that there is interest in the subject among MPs from many parties.

While achieving recognition is unfortunately not as simple as tabling a petition, I hope that the debate we held this week is one step on the road to promoting awareness of the issue, and drawing more support and attention to the Somaliland cause.

What steps can the Somaliland diaspora in the UK take to raise this issue? What are your recommendations for the UK community, the government?

While achieving recognition is unfortunately not as simple as tabling a petition, I hope that the debate we held this week is one step on the road to promoting awareness of the issue, and drawing more support and attention to the Somaliland cause.

If members of the Somaliland diaspora across the UK want to raise the issue I would recommend that they write to their local Member of Parliament, who can in turn take it up on their behalf. I believe that it is time for the UK government to review its policy on Somaliland, to recognise the reality on the ground and to acknowledge the fact that Somaliland has already been operating as a successful functioning democracy for 30 years.

British aid to Somaliland is channeled through Somalia, is there a mechanism where UK ca deliver aid in Somaliland directly?

One of the points made in the debate this week is the fact that Somaliland is currently disadvantaged in terms of receiving international aid. I think this in itself acts as a strong argument for recognition, and I believe that the Foreign Office and the Department for International Trade should be looking at ways and methods that food and aid might be channelled directly to Somaliland.

The UK Minister for Africa has misled the importance of the Somaliland recognition debate in parliament, are you leaving the response on Twitter, or you and other MPs taking action to sue?

As I said on Twitter, I was disappointed with the response of the UK Africa Minister to the debate. I believe that it is time for the Foreign Office to look afresh at this issue and to lead the way in recognising an independent Somaliland rather than sticking to a position decided many years ago.

When Bangladesh seceded from Pakistan, UK government did not condition Pakistan consent? Why the UK and the world are supporting Somaliland’s recognition to be consented Somalia first?

I certainly believe that there are historic precedents for recognising Somaliland’s independence in terms of other situations around the world, such as the confederation between Senegal and the Gambia, which was unwound in the late 1980s. As many MPs argued this week, I do not believe that Somaliland’s status should be dependent on Mogadishu or that the Federal Republic of Somalia should have a veto on Somaliland independence.

What is your intake to the Somaliland Council of Cabinet Support and Hargeisa demo support on Somaliland Recognition debate?

It has been fantastic to see the level of support that the debate has generated from Somalilanders both in Somaliland and across the globe, and it only makes me realise that we need to campaign harder and stronger to deliver this

Are you planning to visit Hargeisa, and travel on bus, as you wished the other day in the Parliament?

It would be a privilege to visit Somaliland again and to take a bus ride through Hargeisa and I very much hope to have the opportunity do so in the near future.