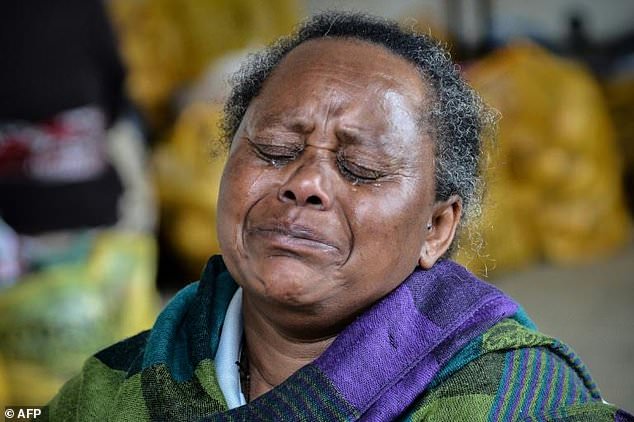 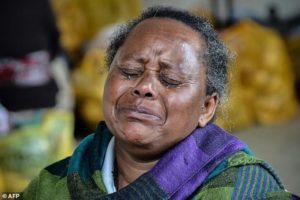 Askale Adacha, a 63-year-old living what she calls a “hand-to-mouth” life weaving clothes in the Ashewa Meda suburb of Ethiopia´s capital, lost what little she had.

It began last Thursday when her neighbourhood filled with men carrying machetes and sticks, who descended on her house and accosted her daughter on the front porch.

One of the men pulled out a knife, announcing he would cut off the 15-year-old’s breasts.

“Don’t do this to my daughter. Do this to me,” Askale pleaded.

The man relented, but then the mob moved into the bedroom, poking the bed with sticks until her terrified son emerged from hiding.

“I was begging them, please don’t do this, he’s just a kid,” but the mob took him away anyway.

“I don´t know whether he’s alive or dead,” Askale said in an interview at a youth centre in the capital Addis Ababa that is her new, temporary home.

Over the past days, suburbs of the Ethiopian capital like Ashewa Meda and Burayu were scenes of deadly violence that left 23 people dead and worsened ethnic relations in Africa’s second most-populous country.

On Monday, protesters angered by the killings blocked roads in Addis Ababa in demonstrations that left a further five people dead.

Later that day, mobile internet service was shut down.

But while Abiy has grown popular for championing aggressive reforms since taking office in April, he is also an Oromo, the country´s largest ethnicity who Askale and other victims of the violence blame for the attacks.

“I´ll never trust them again. I’ll only trust the government,” Shibo Shino said of his Oromo neighbours in Burayu.

“I have children, I have properties there that I´ve owned since 2005. Now, I have nothing.”

Witnesses say the attacks began on Thursday and continued through the weekend, with mobs of Oromos hunting people from ethnic minorities. 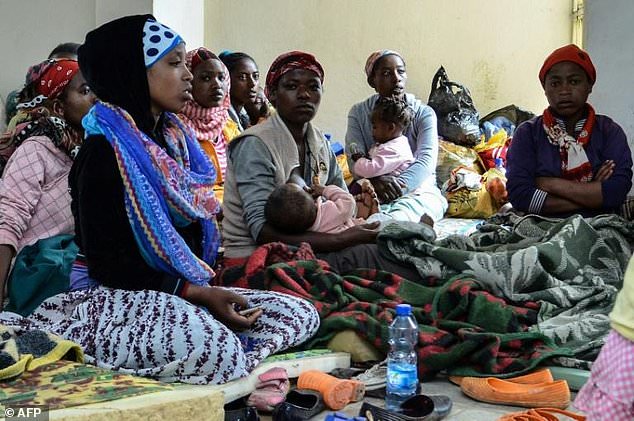 Nearly 300 people are sheltered in the youth centre

That same day, clashes broke out in the capital between young men from the city and people from the countryside who supported the Oromo Liberation Front (OLF), a once-banned group that returned to Ethiopia on Saturday following Abiy’s political reforms.

The violence was not confined to Burayu, Ashewa Meda and other communities on the border between Addis Ababa and Oromia, the Oromo region that engulfs the ethnically-diverse capital of about four million people.

Desta Hailu, an unemployed resident of the town of Addis Alem 49 kilometres (30 miles) west of the capital said she had just returned to her house to collect her HIV medication when a mob dressed in the red-and-green colours of the OLF set upon her. 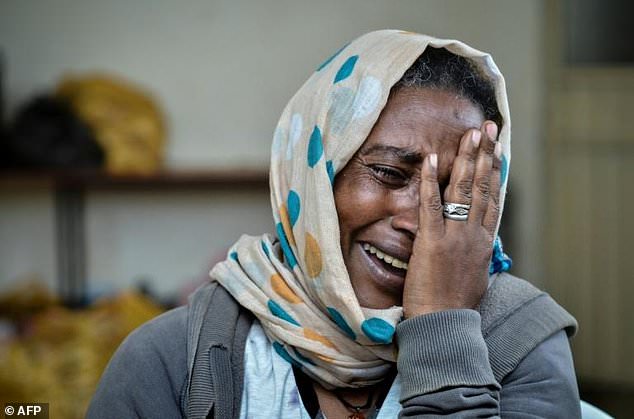 Desta Hailu says people were shouting ‘Beat her, kill her’

“I heard people saying ‘beat her, kill her,'” remembers Desta, a Dorze. She fled to the home of an Oromo neighbour who stood between the mob and her until they left.

As the violence began in Burayu, Shibo said Oromia police intervened, but were powerless to stop the crowd from killing three people as they watched.

They later pummeled a quadriplegic war veteran with sticks and stones, sending him to the hospital.

“They targeted the Dorze and Gurage peoples,” both minority ethnicities from southern Ethiopia, said Shibo, a Dorze.

After hauling away her son, Askale said the mob helped themselves to the contents of her home as she ran away.

She found refuge in a mud-walled house along with about 18 others. Those who carried infants muffled their cries with their hands to avoid detection.

On Saturday, the violence intensified again, and Askale listened to the screams of people who relatives were being killed or beaten in the streets.

Not long after, she fled from the house, passing bodies left in the streets until soldiers helped her reach the youth centre where she shelters along with nearly 300 others.

“We used to live with those people. We trusted each other,” she said between sobs. “I don´t know why they did this.”

To the Ethiopian government, she has one request: to know where the bodies of those killed have been buried.