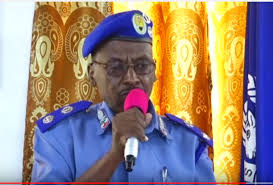 Human Rights Centre calls on the House of Representatives of Somaliland to reject a government proposed amendments of the Police Act.

The Internal Affairs Committee of the House of Representative submitted the amendments to the House on 13th November 2018. The House is expected to vote for the changes on Saturday, 17th November.

The approval of the Act was a positive step forward. It creates an oversight body independent from the Police and subjects the police to the jurisdiction of civilian courts. It expressly bans the Police from using live ammunition against unarmed civilians.

Since its signature into a law, the Act has not been implemented.

The amendments subject the police under the military courts, removes the independent oversight body, and allows the police to use fire ammunition and conduct arrests without court warrants. These changes contradict article 25 and article 104 of the constitution of Somaliland.

Article 104(2) of the Constitution says: “the courts of the Armed Forces shall have special jurisdiction in hearing criminal charges brought against the members of the armed forces in peace or war.”

Article 25(2) states “no person may be arrested, searched, or detained, except when caught in flagrante delicto, or on the issue of a reasoned arrest warrant by a competent judge.”

“The amendments suggested by the government violate the Constitution of Somaliland and are contrary to the international standards. The human rights defenders view the changes as an attempt to make the police an institution that is above the law and has no accountability at all,” says Guleid Ahmed Jama, the director of Human Rights Centre.

“The Police is not a military organ and cannot be permitted to be militarized. In years we have been struggling a law that can become a basis for proper police reform. When the Act was finally adopted, the government rejected it and is now proposing a draconian version. The law was not even allowed to work. It is now nearly a year since it was enacted. It was left at the shelves and deliberately refused to be applied because of the accountability framework the law provides,” he added.

The Human Rights Centre requests the members of the House of Representatives to reject the proposal of the government and side with the constitution of the Republic of Somaliland, rule of law and human rights.