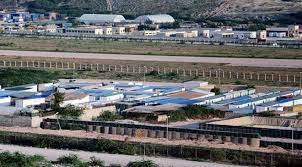 Halane base in Somalia’s capital Mogadishu has been put on lockdown by the African Union peacekeepers amid growing fear of violence over alleged attempts by the incumbent President to seize power in a coup.

“ATMIS will be conducting security exercise within the base camp from 10 to 16 April 2022. In order to allow seamless security checks, the base will be under total lock down for the above mentioned period,” the African Union peacekeeping mission in Somalia said in a statement dated April 8th.

“Critical services personnel and operations will be cleared and facilitated accordingly. Airport operations and travellers will continue to be facilitated through Airport gate. Work will resume on 17 April 2022.”

It is the second time within weeks that the peacekeepers shut down the base. On April 1, the base – which is home to several diplomatic missions – was put on lockdown after it had been hit by an Al-Shabaab-claimed deadly attack, in which insurgents said they had killed 17 foreigners, including “four senior western officials”.

It is not clear whether the lockdown will affect the swearing-in of new MPs and Senators in the camp, which is scheduled for April 14. The move comes amid a row between Somali Prime Minister and the African Union mission over the expulsion of AU envoy Francisco Madeira.

On Saturday, African Union chair Moussa Faki rejected the Premier’s decision to declare Madeira, a Mozambican who was accused of engaging in acts that are incompatible with his status, persona non grata and appreciated over a statement issued by Somali president that denounced the expulsion as “reckless” and “illegitimate”