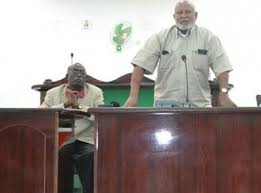 Somalilanders at home and abroad keep listening to the term extension for the house of national assembly. Members of house of elders have been informed to attend the emergency session which is about to transpire on Monday where the term for the house of assembly is about to be extended. The parliament has been in office for 14 years since they were elected in 2005. The house of elders named a committee tasked to make the term extension for the parliament smooth. The house of elders is due to decide the exact date which is to be fixed for holding parliament elections in Somaliland which has been postponed due to technical manners. There is political impasse where the parties namely Kulmiye in conjunction with UCID-Justice & Welfare party must come up with term extension in line with the date for holding free and fair parliament elections in Somaliland.

Both parties argued that holding parliament election in 2019 is in the interest of the nation. Wadani, as the main opposition party in Somaliland has the contrary stance which calls on the disbanding of national electoral commission whereby this will pave the way for holding parliament polls in the country. The mandate of the current National Electoral Commission is to expire in 2019 which has no working relation with Wadani party.