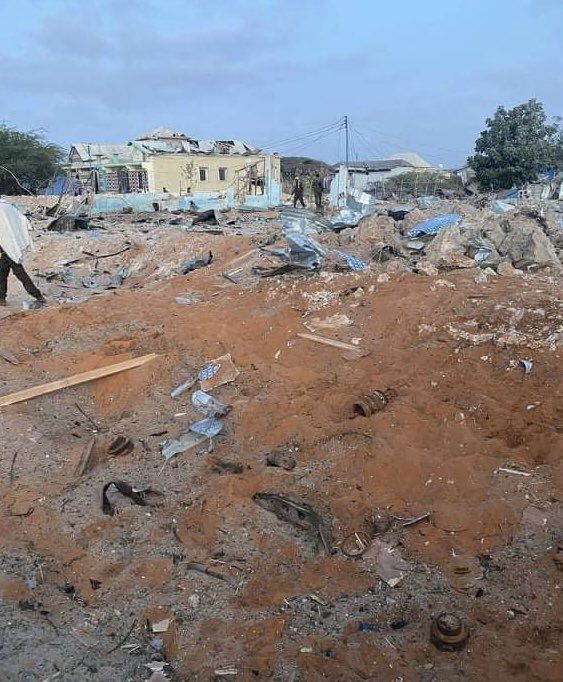 Gunfire and explosions rocked Somalia’s capital on Tuesday night after Al-Shabaab insurgents launched multi-front attacks on police and army camps in districts of Mogadishu and its outskirts.

Residents woke to several loud explosions and the crack of gunfire as fighting erupted in multiple directions of the city. Insurgents attacked Kahda police station and a camp outside the district manned by Somalia’s army where heavy fighting has continued for more than an hour. Attackers reportedly used a suicide car bomb to blast their way into the police facility.

Army and police camps in Daynile, Hodan, Yaqshiid, Elasha Biyaha, Alamada and other areas were also attacked overnight. A spokesman for the police told BBC Somali that there were casualties but the exact number could not be immediately known.

“The terrorists attacked the suburbs of Mogadishu and targeted our police stations and check points,” Abdullahi Mohamed Nur, Somali Minister of Security, tweeted.

“Our security defeated the enemy.”

Another suicide car bomb struck a base housing government troops in Darasalam neighborhood of Yaqshid district in Mogadishu which was followed by an exchange of gunfire that continued for nearly an hour. Machine guns and other heavy weapons rattled in the Somali capital.

Local media reported that areas in Shibis and Shangani districts had been shelled during one of the most chaotic nights in the city’s recent history.

Al-Qaeda-linked militant group Al-Shabaab said it had carried out the attacks, claiming that its fighters had briefly taken over a vast swathe of territory in Mogadishu stretching from Darasalam in the north to Kahda in the southern edge of the Somali capital.